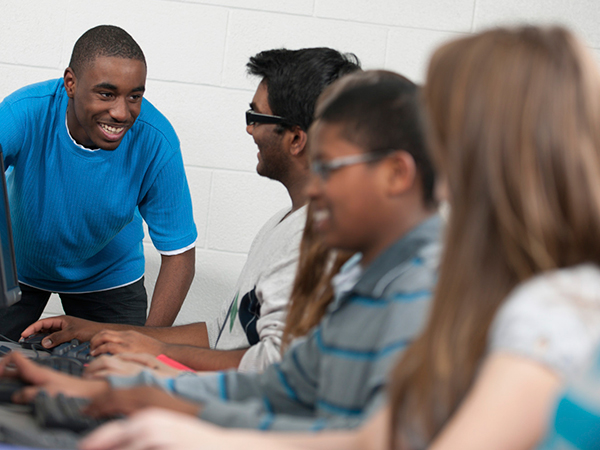 Over Labor Day weekend, urban youth of the Compton and Oakland communities of California will have the opportunity to flex their tech muscles at the ?We Are Code? two-day hackathon event designed to promote awareness and innovation. During the event, youth of color will be challenged to come up with their best mobile apps or website ideas that attempt to solve issues in their respective communities.

Reverend Jesse Jackson, Sr., founder and president of Rainbow PUSH Coalition, who has been very vocal on the issue of diversity in the tech space, commented, ?We offer congratulations to Dhat Stone Academy (Compton) and Bay Area Tutoring Association (Oakland)?founders and co-producers of the “We Are Code” Virtual Reality Hackathon?for preparing youth in underserved communities to compete on equal footing for employment and entrepreneurship in the digital work space.?

Chris Norwood, founder of the Bay Area Tutoring Association and producer of the event, plans to keep it going. In a recent interview, he told TNJ.com, ?This is the first year we are doing this. The goal is to make it an annual event where each year we will add different cities and add to the event?s competitive nature through live streaming so that the kids in Compton and Oakland can see each other and interact while they are learning about virtual reality, augmented reality and mixed reality.?

He adds, ?We are doing this over Labor Day weekend because we believe it?s a labor of love. The Virtual Reality sector of the tech economy is the one to watch and is a prediction of what is to come over the next 5 years. There are a number of communities, not just the inner cities, that are not aware nor are they preparing for this. We want to create awareness for students to get prepared, do research, develop an interest and create partnerships to ensure that there will be diversity in pipelines.?

Dubbed ?an inspirational learning fest,? the event will include a
live-streamed competition between Southern California and Northern
California students and will allow finalists to exhibit their projects,
prototypes or designs to a panel of professional judges to win cash and
other prizes, along with the incubation of their ideas.

(CLICK HERE for a related article about promoting diversity in tech.)

Hospitals and Doctors Have Your Health Records. Should App Makers Get Them Too?