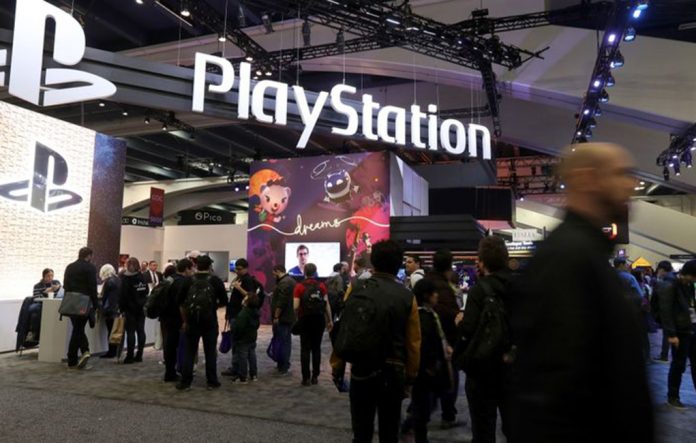 At an industry conference for video game developers in late March, the thousands of lanyarded attendees could try new games, swap business cards and hear from experts on rendering realistic blood spatter.

Or they could talk about unionizing.

Hundreds joined a series of standing-room-only roundtables on the topic of organized labor, taking time away from the Game Developers Conference to brainstorm ways to build worker power in an industry that is almost entirely nonunion.

Organizers with Game Workers Unite, a group that has sprung up in the last year to push for wall-to-wall unionization in the $43-billion game industry, kicked off each session with an icebreaker: “Damn the man.”

“Damn the man” for making designers work 100-hour weeks for months on end to deliver a game on time — a practice known as “crunch” that often comes without overtime or bonus pay.

“Damn the man” for hiring workers to ship a new game and then announcing mass layoffs — more than 2,000 jobs have been cut in 2019, but cyclical layoffs have been a feature of the industry for decades.

“Damn the man” — specifically, the executives of video game companies — for earning millions while developers are cut out of residuals from blockbuster titles, and workers in fields such as quality assurance are paid close to minimum wage.

Labor activism is not unusual for blue-collar segments of the tech workforce. Lyft and Uber drivers have tried for years to organize into an effective bloc, despite their independent contractor status, and the bus drivers and cafeteria workers for Silicon Valley tech campuses have been union for years.

But the last year has seen white-collar worker activism grow across the tech industry as well. Google employees have mounted petition campaigns to get their employer to stop developing a censored search engine for China, reshape an AI ethics board and treat temp workers better after layoffs. In November, they also mounted a companywide walkout in response to the company’s handling of sexual harassment and forced arbitration, prompting Google to change its practices.

Amazon and Microsoft employees have started criticizing their companies’ ties to military and police technology. In March, the crowdfunding platform Kickstarter announced plans to unionize.

But video game companies, with their close ties to the heavily unionized entertainment industry and a workplace culture notorious for grueling hours and rolling layoffs, appear poised to become the first corner of the tech industry to organize.

An annual survey conducted by the International Game Developers Assn., an industry group formed in the ‘90s, has found interest in unionization surging in recent years. In 2009, the survey found only a third of game workers would support a union at their company. In 2019, that number had climbed to 47 percent answering “yes” and 26 percent answering “maybe” when asked if they thought game workers should unionize; only 16 percent responded with a hard “no.”

“I’ve been in the industry for 26 years, and the union discussion has always been in the background,” said Kate Edwards, who served as the executive director of IDGA from 2012 to 2017 and now works as an advocate for diversity and fairness initiatives in gaming. “There’s been a massive shift.”

Edwards and other industry observers chalk much of this up to the maturation of the industry, in every sense of the word. A more experienced workforce means that developers who embraced crunch as a challenge in their 20s have lost their appetite for long hours as they enter their 30s and 40s. Video games’ increasing centrality to pop culture and daily life for millions has given rise to a broader gaming press, which shines more light on issues in the industry.

That same mainstreaming of games, with steadily increasing revenues to match, has prompted some workers to look to the steadier livelihoods of their peers in Hollywood production and think: Why can’t we have that?

The question was simmering around the conference, as Game Workers Unite members distributed pamphlets on unionizing cheekily designed to look like gaming magazines and trading cards of industry executives listing their multimillion-dollar salaries or multibillion-dollar net worths as stats.

“Our job has been fanning that spark into a real flame,” said Emma Kinema, a founding member of the group, which launched at 2018’s Game Developers Conference and now has 27 chapters across the world.

An open question is which union will be first to represent U.S. game workers. Options might include a Hollywood craft guild — many game voice actors are already represented by SAG-AFTRA — traditional industrial unions, or a new union altogether.

With more than 220,000 workers in the U.S. and relatively high pay and profits compared with industries such as food service, hospitality or transportation, gaming could become the largest private sector to unionize in recent years, potentially helping reverse a long decline in union membership.

“We’re here to lend guidance, support and solidarity,” said Liz Shuler, the second-highest-ranking official at the AFL-CIO, who spoke on a panel at the Game Developers Conference alongside organizers from the Writers Guild of America, East and SAG-AFTRA.

“Coming out of GDC, it seemed like people want to go out and light the world on fire,” said Shuler, who published an open letter in February urging gamers to organize against the “broken, twisted status quo.”

Matt Loeb, president of the International Alliance of Theatrical Stage Employees, the 140,000-member union that represents most of the production workers in the entertainment industry, says his group is watching to see when and how — not if — game workers organize.

IATSE’s last attempt to expand into a tech-heavy sector came nearly a decade ago, with an aggressive drive to organize visual effects workers, who often face work conditions similar to those in the game industry. That drive failed, as enthusiasm among workers flagged amid arguments from employers that unions would damage the business writ large.

Typical arguments against unions in creative sectors tend to hinge on concerns about innovation, flexibility, individual compensation and effects on the bottom line. In the tech industry, skepticism is further fueled by fears that organized labor might slow down a company’s ability to adapt to a changing market.

Gaming companies have so far been hesitant to speak about the labor movement afoot.

“I don’t really see unionization happening very quickly — there are larger structural issues that are standing in the way,” he said. “I don’t feel like there’s a special kind of industrial pressure from game studios against unionization that’s stronger than in basically any tech industry.”

He likens the current moment to the early days of the film industry, when labor conditions led to widespread organizing and experimentation with new models, with actors such as Douglas Fairbanks and Charlie Chaplin deciding to start their own studios run by creators.

“We’re at that moment of reckoning,” Roberts said, but he believes that game workers are too skeptical of traditional organized labor, and the industry is too reliant on young employees willing to work long hours at low pay for mass unionization to succeed.

Out of fear of nascent union drives being snuffed out by employer retaliation, Game Workers Unite would not say which companies were being targeted with campaigns, but Kinema said she expected the campaigns to go public “over the next year or two.”

In the meantime, developers are still grappling with crunch as a routine hazard of the job. Immediately before one of the union sessions at the conference, a panel called “Time IS on Your Side: Personal Time Management Strategies for Crunch” attracted a crowd.

Amanda Gardner, an independent developer and mother of four based outside Boston, also lectures on the conference circuit. Onstage, she dispensed tips drawn from Deepak Chopra and Tony Robbins: Eat well even when you’re working 100-hour weeks, meditate in the mornings, automate away outfit decisions by wearing the same clothes every day.

When one audience member said getting eight hours of sleep is “non-negotiable” during crunch, it garnered a round of enthusiastic applause.

Gardner herself has lived through the worst of crunch — she and her husband both fell ill when working on their indie game. The experience persuaded her to seek out healthier habits so she could withstand the rigors of the industry. She supports efforts to stamp out crunch entirely, but that day has yet to come.