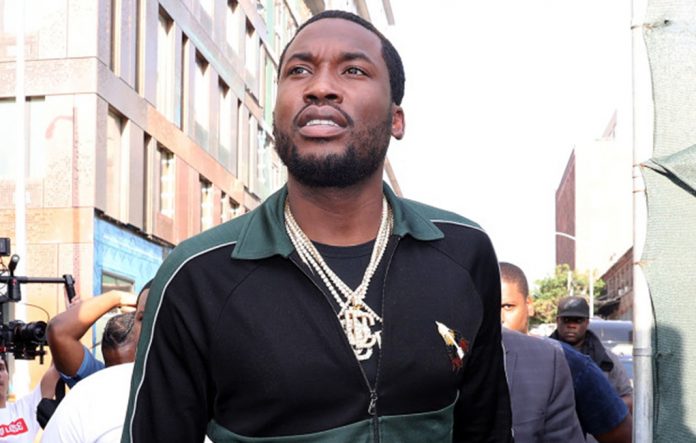 In late November of 2018, the Philadelphia-born rapper Meek Mill had a Billboard 200-topping album “Championships,” acclaim from mentors like Jay-Z and new acolytes like YBN Cordae and a young son he adored. But in his mind, he was just one false step from going right back to prison.

“That was a confusing state,” Mill said of the 12-year spiral of incarceration and probation after teenage drug and gun charges threatened to consume the 32-year-old’s life and career. “It made me lose faith in the whole system, knowing that somebody could get ahold of my life and … do whatever they want.”

Meek had reason to fear that even a chart-topping album would be no insulation from the judicial system that so often snares people of color for so little. His judge had hauled him back into court for offenses as petty as using a squirt gun in a music video, riding a dirt a bike in New York and changes in his tour schedule. His experience led him to become a forceful advocate for judicial reform.

But in August of this year, his ordeal concluded with a new trial

“I’ve seen a certain side of America, where they outcast you when you get in trouble with the law, even if you didn’t do it,” Mill said. “We don’t get recognized. So any sign of recognition in front of the world is always a good boost.”

Born Robert Rihmeek Williams, Mill grew up battle-rapping in Philly and in the late 2000s came to national fame after signing with Rick Ross’ label. He was one of rap’s most promising newcomers, with Drake, Nas and John Legend appearing on his 2012 debut LP “Dreams & Nightmares.” His flow evoked ’90s narrative storytelling and dense, precise lyricism but proved flexible enough to adapt to the rise of Southern trap music and Gen Z’s love of melody and vibe.

On his fourth album, “Championships,” a track like “Going Bad” (featuring his former nemesis Drake) is hard and woozy enough for the new era, and he can even jump on an Ed Sheeran cut like “1000 Nights.” But “Oodles O’Noodles Babies,” which recalls his impoverished upbringing, is all golden era hip-hop, soul-sampling triumph, and Meek is one of the last chart-topping rappers even trying that today.

“The younger generation looks up to Meek because he stood tall through all the obstacles,” said Dallas Martin, senior vice president of A&R at Mill’s label Atlantic Records. Meek’s “not chasing any waves,” he said, but “he’s a big fan of hip-hop in general, so he stays in tune on how the culture is shifting.”

Meek admires newcomers like YoungBoy Never Broke Again, Roddy Ricch and DaBaby, and he guested on YBN Cordae’s also-Grammy-nominated debut “The Lost Boy.” But 2019 is a weird year for rap at the Grammys. With no Kendrick Lamar or Drake as front-runner, voters will have to choose a story to get behind. They could choose Tyler, the Creator’s sensitive, ambitious and chart-topping “Igor,” 21 Savage’s “I Am > I Was” (itself an immigration saga

No nominee has a more compelling tale than Meek Mill. His life over the last decade could have been directed by Jordan Peele

A five-part Amazon documentary, “Free Meek,” laid out the 12-year saga of Meek’s rise in music coinciding with his fight with the justice system, particularly with Judge Genece Brinkley, whose conduct overseeing Mill’s trial and probation

“If Justin Bieber went in the courtroom, they should be able to evaluate him and be able to see his full potential, not just throw him in jail,” Mill said. Even when he later reached out to sympathetic friends and peers like Jay-Z for support and legal aid, he struggled to make sense of what was happening. “When I came to the court in front of a black woman, I thought that she would understand why I was carrying a firearm in this area where 50 people were killed in the last two weeks. But I was telling Jay, ‘I’ve got this lady, she’s trying to lock me up every day if I make a mistake. She’s eventually going to get me.’ And years later Jay told me, ‘If I hadn’t sent somebody there to see what happened, I would’ve never believed you.’”

On “Championships,” Mill wrote the song “Trauma” about Brinkley, and it’s like nothing else in contemporary rap: all the righteous fury of a great diss track, leveled at a judge. “My judge black, don’t wanna see me do well / It’s either that or black people for sale / Gave me two to four years like, ‘F — your life, meet me in hell’… Tryna impress them people in power when power abusin’ us…Is it self-hate that made you send me upstate?”

“I just feel like I ain’t had freedom. They were bringing up my raps in the courtroom,” Mill said. “We were born in these communities, so we talked about the lifestyle that we came from. You should be able to speak on anything you want, freedom of speech is in the Constitution.”

“He has to be one of the most resilient people I have ever met,” Martin said. “He was literally on probation for most of his life. I couldn’t imagine having to face some of the things he’s been through. His perseverance is a big reason why he is so successful.”

With his case finally, definitively over, Mill has launched Reform Alliance, a nonprofit advocacy group pushing for probation and sentencing reform in Philadelphia and nationwide. The group has an unlikely cast of left- and right-leaning alliances, among them Jay-Z, liberal activist Van Jones, tech entrepreneur and Philadelphia 76’ers co-owner Michael Rubin, New England Patriots owner and Trump donor Robert Kraft and financier Robert Smith (who went viral after paying off the debts of Morehouse College grads in a commencement speech).

The range of involvement in Reform Alliance shows that, whatever their other values, there is a growing consensus that judicial reform is one of the most urgent issues in American life, one that disproportionately affects black and Latino men but crosses all swaths of life.

“My case brought a lot of awareness to dirty cops in Philadelphia. People got out of prison,” Mill said. “Now I’ve got billionaires behind me pressuring (district attorneys) to take a stance.”

Mill also has experience with another crisis affecting hip-hop today. During his long debacle in the courts, Mill became addicted to Percocet after being legally prescribed it for some dental work. With young upstarts like Juice Wrld and Lil Peep abusing or dying from overdoses of drugs like fentanyl, Xanax and codeine, Mill has a rare vantage point to talk about addiction as a peer who knows exactly what they’re going through.

“When I came up, pills weren’t around like that. Now America’s poverty-stricken are flooded with pills by the drug companies. Percocet (pills) are as accessible as a bag of chips,” Mill said. “I talk about it all the time, as a person who experienced it. Believe me when I tell you that you can achieve your dreams and that pills can kill you.”

A Grammy win for rap album would be a capstone of Mill’s long pursuit of vindication and an affirmation of his singular place in American hip-hop today — a veteran act who’s old-school about craft yet vital in the tumultuous present. But he’s still got a long way to go before he can truly leave that wariness behind him.

“My version was like the lightweight version of it compared to what happens to young kids with no voice in the system,” Mill said. But still, “I don’t sleep none. If you had haters who wanted to stop reform, the first thing they’d do is make me a bad example. Extra heat, extra eyes.”

Tisha Campbell Martin and Holly Robinson Peete to Star on “The...