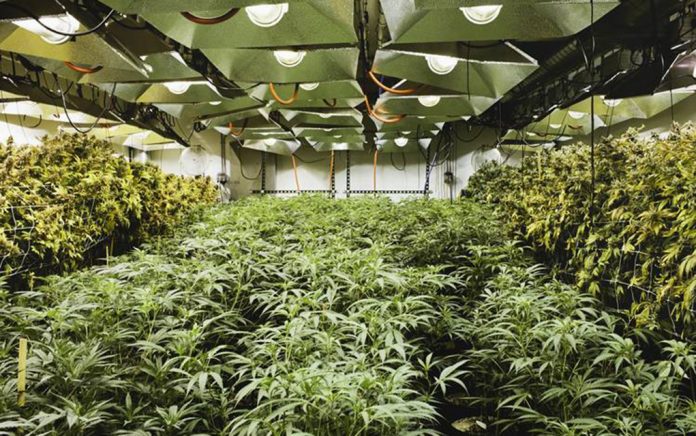 Scientists are hustling on behalf of the weed industry to find new ways to produce the most valuable compounds in marijuana, ditching greenhouses in favor of big steel vats of yeast that can ‘brew’ cannabis like Budweiser brews beer.

The science, once brought to market, would be a goldmine for those who perfect it, giving two separate industries — pharma and legal weed — stable, potent and cheap sources of the ingredients they need.

Right now, the industry’s two most in-demand ingredients are THC, the compound in marijuana that gets you high, and CBD, another cannabis compound used for its medicinal effect. Today, we get those compounds by growing weed plants in large greenhouses, then extracting and isolating the active ingredients. It’s a big, dirty and expensive process.

A recent boom in the cannabis industry, however, has driven a need to find cheaper and faster way of getting THC and CBD. Legal weed in particular has increased demand for products that will appeal to non-smokers. Instead of the traditional lump of dried green “flower,” pot dispensaries are selling everything from oils, foods and drinks infused with THC and CBD. The food and drink items (called “edibles”) have seen significant growth in recent years, now making up 40 percent of dispensaries’ marijuana sales, according to some estimates. They can’t grow cannabis fast enough, which is why scientists are trying to produce it in labs.

And biotech companies are trying to deliver.

Instead of growing actual plants, these researchers have found a way to get yeast to do the dirty work. In the simplest terms, scientists insert the genes of a cannabis plant into the DNA of yeast. These mutant strains of yeast then manufacture cannabinoids like THC and CBD, only asking for copious amounts of sugar in return. This type of bioreactor isn’t a new idea; yeast and other organisms have long been used to create and isolate drugs and substances. But using yeast to produce specific cannabinoids is a new branch of the science, and those in the field are still sorting out how to manufacture the stuff at an industrial scale. Whoever figures it out first will have a valuable commodity on their hands.

San Diego has two startups working in this space: Librede, an early entrant that got started back in 2013 (and has two issued patents to its name, and one pending), and CB Therapeutics, a rising star in the startup world for landing among finalists in a recent TechCrunch pitch competition (patents pending).

The two companies have been fighting naysayers from the start, they say, struggling to get investors to understand the value of cannabinoid biofactory.

“I was pitching this idea in San Diego a few years ago, and it’s funny how things change,” said 31-year-old Sher Ali Butt, co-founder and CEO at CB Therapeutics. “Before legalization in California, nobody wanted to even take my phone call. I would go places and people would laugh me out of the room.”

“Everyone just laughs and makes a stoner joke about the yeast getting high or something,” he said.

But the laughs have died down. The idea of yeast making cannabinoids is now out of the bag, and biotech companies across the nation are racing to patent yeast strains and the manufacturing methods of their weed biofactories. Whoever figures it out first could snag the biggest slice of the $10 billion cannabis industry’s pie.

Librede and CB Therapeutics are joined by several other companies in the space, including the latest entrant: Intrexon, a Maryland-based company with a $2.4 billion market cap. The synthetic biology company just announced in late September that it had engineered a yeast strain for cannabinoid production, boosting the company’s stock 27 percent overnight. Intrexon declined to share details about its research, but noted they’d been working on it for quite some time.

This year has been pivotal for the cannabis industry in two ways. First, the FDA approved the first CBD drug in history this year with GW Pharmaceuticals’ seizure drug Epidiolex. The approval will likely spur follow-on research by other drugmakers, including those studying the more than 100 cannabinoids in cannabis other than CBD that could have therapeutic effects.

US Family Health Insurance Premiums Surpass $21,000 Before the Pandemic