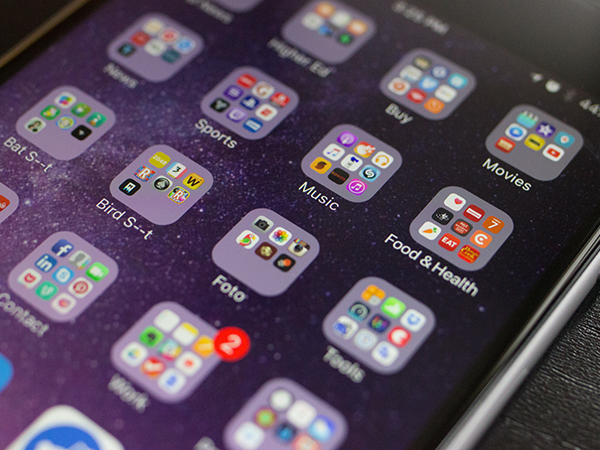 Those first months after leaving college can bewilder many graduates, but some apps may help to ease the transition from the sheltered halls of academia to the harsh realities of the business world.

Landing a job, handling finances, creating a budget, finding a new home, socializing with other young people, or identifying deals on food, clothing and other goods can be pretty overwhelming ? even if they are dealt with one at a time.

It can be even tougher for those who have to juggle a lot of these all at once. But the apps ? some from startups, some from big-name companies ? can help automate and organize many processes for new graduates.

San Francisco-based Handshake is tackling one of these challenges through an app it?s developed to assist graduates in hunting for jobs.

Garrett Lord, Handshake?s co-founder, saw how tough it was for employment recruiters to get to his college, Michigan Technological University in Houghton, a town in Upper Michigan. A few miles from Lord?s alma mater, one can spot an unofficial road sign that proclaims: ?End of Earth, 2 miles? and ?Houghton 4 miles.? So Lord was well aware of the difficulties in getting recruiters to visit the remote college to dangle offers before him and his fellow students.

?We created Handshake to democratize the process and help students to get into a career and find a job,? Lord said.

Handshake aims to help students land jobs regardless of where they reside or go to school. The company vets employers to allow them to post job openings to the app and to target certain majors.

?We are bringing a diversity of employment opportunities to students,? Lord said.

Students educated on the West Coast who have an interest in the oil and gas industries might be less likely to see recruiters representing those industries. Students living in Gulf Coast states ? or in Houghton, Mich., like Lord ? might be unlikely to encounter recruiters from Silicon Valley?s tech sector. But Handshake aims to banish the days when college graduates or students pinned hopes on whether recruiters might grace their campuses with an appearance.

?With our app, students can tell us what locations they would like to live and work in, what industries are you passionate about, what student organizations are you a member of,? Lord said. ?We will then curate based on background, major, minor, and so forth. With Handshake, it?s a personalized, friendly, career-seeking journey.?

Handshake is available on all desktop platforms and Apple?s App Store, and the company is working on a version for the Android phone platform.

The top job app on mobile devices is provided by Texas-based Indeed.com, which is available for both Android and iPhone users. And, like Handshake and other apps for college grads, Indeed?s offering is geared towards the go-go nature of college graduates and other phone aficionados.

?Our mobile app allows you to apply with just one click, no matter where you are,? said Raj Mukherjee, a senior vice president of product at Indeed. ?Over half of the job searches on our site happen on mobile.?

Indeed?s app has been downloaded more than 100 million times, and people can upload their stored resume to apply for jobs on their phone.

One of the biggest challenges for new graduates is getting their finances under control, and that?s where Mint, offered by Palo Alto, Calif.-based Intuit, can help.

?Graduates go through a major life transition after college, and really the idea of Mint is to help people stay on top of their finances,? said Kimmie Greene, a spokeswoman for Intuit. ?It?s an all-in-one-place tool, and we think that college graduates can really benefit from Mint.?

Intuit described Mint as an app publicized largely by word of mouth, in many cases among college graduates.

?About 70 percent of the people who use Mint are under 35 years of age,? Greene said.

With the Mint app, people can receive reminders about paying bills, craft a budget, scrutinize their credit scores and track expenses. For those who are serious about creating a budget and sticking to it, Mint provides an array of tools.

?You can connect your financial institutions with Mint, and that gives us the ability to see what you have spent recently and how you are spending your money,? Greene said. ?Mint beats just putting all of your receipts in a shoe box.?

Lonely? Tech Firms Hope You’ll Use An App for That