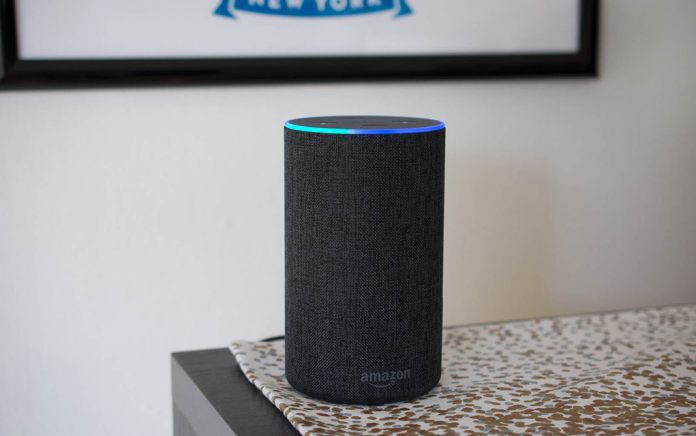 Amazon is enlisting customers to create voice-controlled games, broadcast lectures and sermons, and turn blogs into audio presentations available to anyone, through its growing universe of Alexa-enabled speaker-and-microphone devices.

The move, rolled out this week, represents a potentially significant advancement for voice-first computing and content creation — akin to the arrival in the mid-1980s of desktop publishing and blogging a decade later — and one that sets Amazon apart from top competitor Google, said observers and users of the technology.

It also could ratchet up the scrutiny of Amazon as a content moderator that must balance the impulse to let people say what they want with its own standards regulating hate speech and other offensive content.

Until last year, creating apps and content for Alexa was largely the domain of professional developers using tools from Amazon to build so-called skills to do things like order a pizza with a verbal command or get the latest headlines by asking for them.

In April, Amazon unveiled a set of easy-to-use templates for creating content, called Blueprints, allowing Amazon customers with no coding expertise to build Alexa apps for use on devices linked to their own accounts or shared with family and friends. These included templates to build family trivia games or leave customized instructions for a house sitter.

Now, Amazon has expanded that capability to allow customers to publish skills they’ve built with the templates to its Alexa Skill Store in the U.S. for use by anyone with an Alexa-enabled device. In this way, the company aims to add to a growing catalog of more than 80,000 Alexa skills.

“In a similar way that blogs made everyone a publisher and livestreaming made everyone a ‘TV presenter,’ now skills are the continuation of the democratization of information distribution,” said Peter Stewart, a London-based Alexa skill developer who advises companies on voice computing.

Amazon also introduced several new templates geared toward bloggers, businesses, preachers and teachers. One such template allows WordPress bloggers to convert written posts to audio for playback through Alexa devices. Another makes it easier for spiritual leaders and university lecturers to broadcast sermons and lectures, live or prerecorded.

Michael Cohen, a rabbi, educator and author in Southern California, said he can imagine delivering daily doses of inspiration as an Alexa skill and marveled at the opportunity to share with such a large potential audience.

But Cohen, who calls himself the Tech Rabbi, wondered whether people have an appetite to listen to a lengthy service delivered through an Alexa device. “It’s gotta be bite-sized,” he said, noting people’s short attention spans and tendency to listen to audio content while they’re doing something else.

Sermons, lectures and all manner of news, special-interest discussions and entertainment are widely available as podcasts that can be listened to on any device, not just those within the Amazon orbit — indeed, the term was coined by blending iPod and broadcast. But by making it easier to produce and distribute podcastlike content directly to the more than 100 million Alexa-enabled devices already sold, Amazon could upend the production and distribution models of the growing medium.

Amazon introduced another new template that allows people to create their own flash briefings — news updates that could become part of an Alexa user’s regular information diet, presented alongside local news and weather headlines.

Flash briefings are short audio presentations, up to 10 minutes long but typically much shorter, updated by their producers on a regular basis. Alexa users often listen to them in the morning — triggering a custom briefing lineup with a command such as “What’s the news” to get up-to-speed on the day ahead. They already cover a wide array of content from police reports to movie reviews to beauty tips to previews of longer-form podcasts.

Stewart, who produced one of the top-rated flash briefings in the U.K. covering local events, said that by making it easier for anyone to produce a flash briefing, Amazon is tapping into a new vein of content from its customers.

“But that may mean the quality goes down,” he added, noting that briefings can now be recorded directly into an Amazon account using a microphone built into a computer. Amazon reviews content submitted to the Skill Store, but, “It will be difficult for them to keep an ear on everything that is uploaded,” particularly for lengthy live-streamed lectures and sermons, Stewart said.

Apart from audio fidelity, Amazon’s reviewers check for adherence to a lengthy set of content guidelines. The company says skills “should not contain content that is offensive or otherwise inappropriate, such as hate speech or other derogatory content; content that promotes Nazi or fascist groups, violence, illegal activities, terrorism, or illegal drugs; profanity; or explicit sexual or vulgar content.” There are also prohibitions on providing medical advice or health information without disclaimers and infringing on protected intellectual property.

So far, Amazon has not attracted much of the content-related scrutiny directed at major social-media players such Facebook, Twitter and YouTube for hosting hate speech and targeted disinformation campaigns. By opening its platform to anyone who wants to build a skill — albeit without the mask of anonymity available on social media — it is also taking on a bigger role as a content moderator.

“Perhaps a storm over inappropriate content could be on the way,” Stewart said.

That is, if Alexa users can find all of the new amateur content. Discovering new capabilities and apps on voice-first devices remains a challenge for people used to searching a product catalog or scanning a Twitter feed.

So far, Amazon is not allowing people who publish skills built using its templates to earn money. (It has a program for professional developers to monetize skills they make.) And, at the outset, Amazon will not share usage data.

“This is an entirely new experience — we’re going to listen to customer feedback and continue to think about ways to improve the experience,” a company spokesperson said via e-mail.