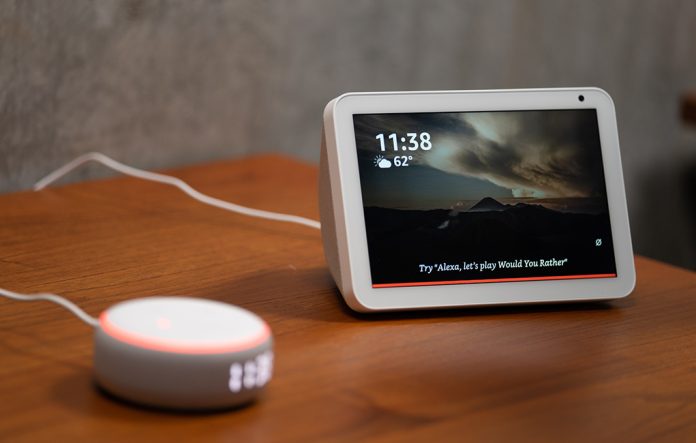 The world’s biggest technology companies are heading to Las Vegas for the annual CES trade show next week, with even Apple Inc. making a rare official appearance. But don’t expect any breakthrough new hardware.

Amazon.com Inc. and Google will promote existing digital-assistant technology through their own internet-connected gadgets and similar products made by other firms. There should also be cars at the conference with Amazon’s Alexa built in. Both tech giants are likely to roll out new software capabilities and share statistics showing the size and reach of their voice-based platforms.

Apple’s HomeKit, a system for controlling devices in the home, will also be on display. Some companies will show off new gadgets for the home that work with Siri, Apple’s digital assistant.

Samsung Electronics Co. is expected to discuss smart-home initiatives during a keynote address on Monday, along with new TVs, health technology, robotics and a new artificial intelligence project.

Amazon, Apple and Alphabet Inc.’s Google recently joined Samsung in the Zigbee Alliance, a foundation that promotes standards for smart-home devices and the broader Internet of Things. And Apple has been hiring for a team that’s working on new smart-home software and devices.

With smartphone sales growth waning and personal computer demand stagnant, voice-based computing is one of the biggest opportunities in the technology industry — and the home is where some of the earliest consumer adoption is happening. Forrester Research expects the market for smart-home devices to expand 26% a year between 2018 and 2023.

Still, major new devices from the biggest companies will, once again, not be on display in Las Vegas. It has been several years since CES was home to a significant product launch like Microsoft Corp.’s Xbox gaming console in 2001. Instead, the conference helps tech giants meet suppliers, negotiate partnerships and prepare for their own events later in the year.

“Some of our members choose to be visible, others do not,” said Gary Shapiro, president of the Consumer Technology Association, which runs the conference. “But they are in Las Vegas.”

Last year, Apple wasn’t there, but employees met with potential augmented-reality glasses suppliers. This year, the iPhone maker will be present in an official capacity for the first time in decades. Rather than pitching new hardware, though, Apple executive Jane Horvath is scheduled to speak on a consumer privacy panel Jan. 7.

Consulting firm Juniper Research Ltd. estimates there will be about 7.4 billion voice-controlled devices in use by 2023 — about one for every person on Earth. With many of these gadgets in homes and always listening, that’s raised new privacy concerns.