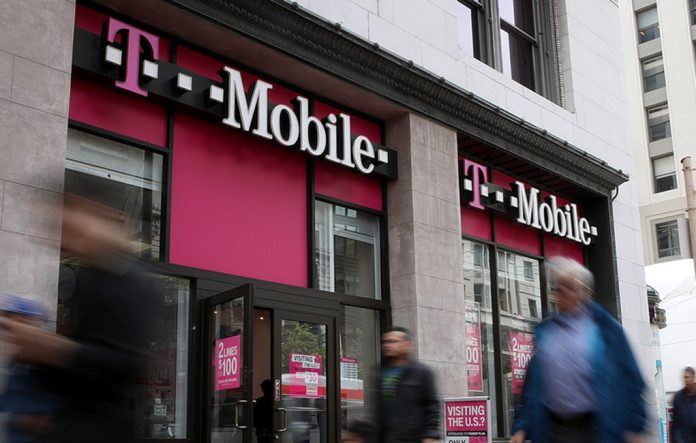 T-Mobile entered the mobile banking market Thursday with a checking account that consumers can manage on their smartphones.

The third-largest U.S. wireless carrier has partnered with BankMobile, a division of Customers Bank, to offer the mobile-focused checking account, called T-Mobile MONEY. The account is geared toward consumers who prefer banking digitally, allowing customers to send and deposit checks, pay bills, and transfer money from a mobile app.

The phone company’s checking account launch comes as more consumers rely on their mobile phones to do avail basic banking services. T-Mobile’s move follows tech giant Apple, which said weeks ago that it is partnering with Goldman Sachs to issue a credit card.

An October 2018 survey from the Federal Deposit Insurance Corp. found that a little over 40 percent of U.S. households with a bank account used mobile devices to access their accounts, nearly double the 23.2 percent four years earlier. Online banking was used by 63 percent of households, according to the survey of more than 35,000 households.

T-Mobile is marketing the MONEY app as a free alternative to traditional checking accounts. The accounts come with no minimum balance or monthly fees, and consumers can withdraw up to $50 more than what’s in their account without facing a penalty, so long as the account balance is made positive within 30 days. Single charges that overdraft more than $50 will be declined, a T-Mobile spokesperson said.

T-Mobile MONEY comes with a Mastercard debit card that consumers can use without paying a surcharge at more than 55,000 Allpoint ATMs worldwide. The T-Mobile MONEY app is available nationwide on Android and Apple devices and comes to Puerto Rico later this year.

T-Mobile is awaiting regulatory approval of its $26 billion deal to buy Sprint Inc., the nation’s fourth largest carrier. The merger would create a 127-million customer company that competes with the largest carriers AT&T and Verizon.

Your Facebook Page Could Be a Plus in Applying to Business...