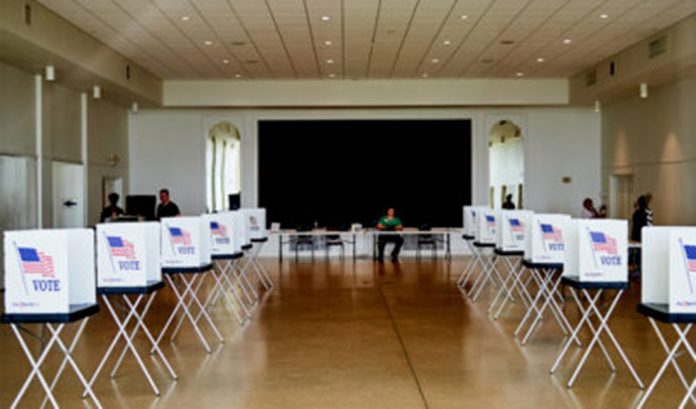 The 2020 election will be like no other in history, as the COVID-19 pandemic will upend the business of politics as usual. Politicians and candidates are quickly changing the way they operate, a dynamic that will continue through the November elections. Campaigning, fundraising, voting – none will be immune to the pandemic. Even if the crisis significantly subsides before the November election, behaviors and practices will be slow to return to normal.

Here are nine ways this election season will be different.

No Campaign Rallies Until Further Notice

Bans on mass gatherings will rob candidates of a popular forum for spreading their message. This is particularly troubling to President Trump, who has relied heavily on stadium rallies to reach his base. Even if social distancing rules are relaxed or reversed before November, many Americans still will be wary of joining large gatherings of all stripes.

No Knocking on Doors, Either

One-on-one in-person interactions are essential to anyone running for office. But this is almost impossible with current social distancing rules, meaning that the age-old campaign practices of door knocking and glad handing are off the table for now. This will be a particular challenge for new politicians hoping to boost name recognition. Even after the pandemic is over, it may be a long time before people are comfortable opening their front door to a stranger.

With traditional in-person campaigning almost impossible with social distancing rules in place, look for candidates to get creative in spreading their messages. Tele-town hall events and online debates will help fill the void, like this from the Trump reelection campaign or this from the Biden camp. Campaigns also will rely on text messaging as a method for engaging potential voters.

The party conventions this summer will be scaled-back affairs, with “virtual” conventions conducted via video-conferencing an increasing possibility. Democrats already have pushed back their convention in Milwaukee from mid-July to mid-August and have hinted that a traditional party gathering might not be tenable. Republicans so far haven’t changed plans to hold their convention in late August in Charlotte. But if the pandemic scare continues into the summer, look for both parties to devise a Plan B for their quadrennial gatherings.

Even as COVID-19 takes a bite out of the advertising sector, political ad spending will set a new record this year. One estimate, from media intelligence firm Advertising Analytics: $6 billion, a 57% increase from the 2018 election cycle. $4.4 billion of that total will be spent on traditional media ads (broadcast, cable, radio), with the remaining $1.6 billion devoted to digital ones (primarily on Facebook and Google). By contrast, total ad spending overall is expected to decline by 2.8% this year.

More Voting by Mail and Online

A record number of voters will cast ballots by mail in 2020, even though Congress is unlikely to allow for postal voting nationwide. Five states already conduct all elections by mail (Colorado, Hawaii, Oregon, Utah, Washington). The majority of them permit no-excuse absentee voting, so registered voters can request a ballot by mail for any reason. Expect other states to adopt such measures as well, if only on an emergency basis.

Voter Registration by Mail and Online

COVID-19 will make get-out-the-vote efforts more challenging, but not impossible, as volunteers turn to phone calls and social media to encourage prospective voters to register and cast ballots in the coming election. A majority of states already offer online voter registration; some, including North Carolina, have moved to expand such offerings since the start of the outbreak. It’s also easy to register to vote by mail, though rules vary by state.

Due to these special circumstances, don’t be surprised if the official outcome of the 2020 presidential contest isn’t clear on election night. Most states aren’t equipped to handle such a large quantity of mail-in ballots, which also take longer to count. California, where two thirds of the population votes by mail, is famously slow at tabulating results. Other hiccups will inevitably arise. Look for legal challenges, both to states that expand vote-by-mail and to those that don’t.

A Shortage of Poll Workers

If polls are physically open, look for a poll-worker shortage, causing long lines and delays. Many poll workers are seniors – the age group most vulnerable to COVID-19 infection – and may not feel comfortable yet working in a public setting for an entire day.

The American Dream May Help the Poorest Among us Live Longer....