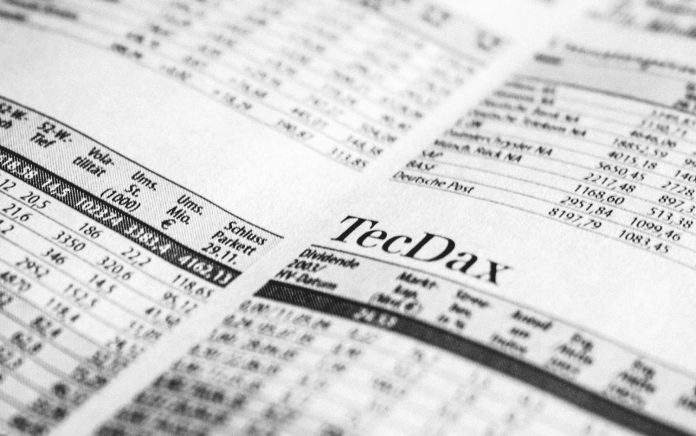 Equities struggled out of the gate Monday as investors, already trying to keep one eye trained on any signs of the Federal Reserve’s next move, had to keep their other eye out for developments in Eastern Europe.

“Open hostilities could cause disruptions to supply chains, and Western threats to impose financial sanctions could cause issues for banks that have extended credit to Russian guarantors,” say Jason Pride and Michael Reynolds, CIO of private wealth and vice president of investment strategy, respectively, at investment firm Glenmede. The direct impact would be limited, though, with the pair noting that “Russia and Ukraine combined represent less than 3% of global GDP and 0.5% of global equity market capitalization.”

“The escalation of Russia and Ukraine tensions come at a time when the stock market is already vulnerable given inflation worries and the potential for Federal Reserve tightening,” adds George Ball, chairman of investment firm Sanders Morris Harris. “If an armed conflict between Russia and Ukraine is somehow avoided, a short-lived relief rally is likely, but there are still too many worries on the horizon for any type of long-lasting upward move higher in stocks.”

The growing conflict continued to put a spark into energy prices, with U.S. crude oil futures closing up 2.5% to $95.46 per barrel – their highest close in more than seven years. And it also weighed on predominantly cyclical stocks; financials (-1.1%) and materials (-0.8%) were lower, and energy (-2.3%) was the worst of all 11 sectors – despite oil’s spike.

Sign up for Kiplinger’s FREE Investing Weekly e-letter for stock, ETF and mutual fund recommendations, and other investing advice.

After the bell, Warren Buffett’s Berkshire Hathaway (BRK.B) filed its latest 13F with the Securities and Exchange Commission. Among his many moves, Buffett added video game maker Activision Blizzard (ATVI) and cut loose Teva Pharmaceutical (TEVA). (You can check out the rest of Buffett’s most recent buys and sells here.)

How to Head Off Inflation

A Russian invasion of Ukraine could accelerate another major market worry: inflation.

“By pushing energy prices even higher, a Russian invasion would likely exacerbate inflation and redouble pressure on the Fed to raise interest rates,” says Bill Adams, chief economist for Comerica Bank. “From the Fed’s perspective, the inflationary effects of a Russian invasion and higher energy prices would likely outweigh the shock’s negative implications for global growth.”

While that could in turn rock the major indexes, some sectors would seemingly be better off than others – including healthcare and consumer staples – thanks to their core necessity and ability to pass higher prices along to consumers. Interestingly, you can find this dynamic at play among the Dow Jones’s most highly rated dividend stocks – a group of five companies yielding at least 2% that have also largely outperformed the market so far in 2022.

Investors seeking out safety might very well find it in this five-stock mini portfolio, which combines blue-chip fundamentals with inflation-resistant characteristics. Read on to discover which Dow dividend stocks top the list.