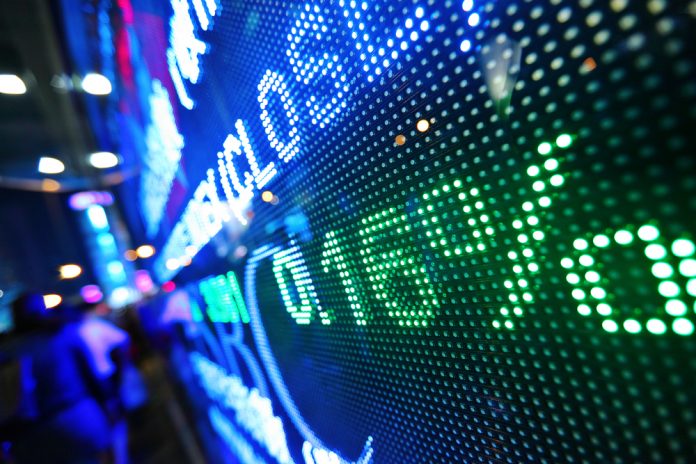 The 30 companies that make up the Dow Jones Industrial Average are household names. Their sheer size and dominance of their respective fields make them not only well known but also good bets in bad markets. All 30 pay dividends, too, and that steady income can beef up total returns during markets both good and bad. Any stock carries risk, of course, but it’s fair to say that as a group Dow stocks are among the more reliable names that investors can buy.
There are eight stocks in the Dow that have taken the concept of reliability to a whole new level when it comes to dividends. Known as Dividend Aristocrats, these stocks have seen their payouts to investors increase every year for at least 25 consecutive years. Some of these Dow component have hiked dividends for twice as long–50 years or more–and paid out dividends for over a century. Track records like these give investors an added layer of comfort no matter which direction the market turns.
Take a look at the eight Dow stocks that have raised dividends for 25 years in a row or more.

A descendant of John D. Rockefeller’s Standard Oil, today’s Exxon Mobil remains one of the world’s largest oil companies and the single largest company among the 50 Dividend Aristocrats. As a dividend stalwart–Exxon has paid a dividend since 1882–it continued to hike its payout even as oil prices declined in recent years. Over the last 34 years, Exxon’s dividend payment has increased at an average annual rate of 6.4%.

Johnson & Johnson, founded in 1886 and public since 1944, operates in several different segments of the health care industry. In addition to pharmaceuticals, it makes over-the-counter consumer products such as Band-Aids and Listerine. It also manufactures medical devices used in surgery. Like many health care companies, a radical change in Obamacare under the Trump administration could hurt business, so it’s comforting that J&J has raised its dividend every year for 54 straight years.

With major brands such as Tide detergent, Pampers diapers and Gillette razors, Procter & Gamble is among the world’s largest consumer products companies. Although the economy ebbs and flows, demand for products such as toilet paper, toothpaste and soap tends to remain stable. That hardly makes the company recession-proof, but it has proven to be a reliable dividend payer for over a century. P&G has paid shareholders a dividend since 1891 and has raised its dividend annually for 60 years in a row.

Chevron, like its competitors, was hurt when oil prices started to tumble. The company has been forced to slash spending, but–reassuringly–it hasn’t slashed its dividend. The outlook for oil remains uncertain, with Kiplinger forecasting that prices will stay below $60 a barrel at least through the spring. But with 31 consecutive years of dividend growth under its belt, Chevron’s track record instills confidence that the payouts will continue.

The world’s largest retailer isn’t conceding the race to Amazon.com, even as the online juggernaut claims an ever-larger piece of the retail pie. Walmart went on the offensive in 2016 by spending more than $3 billion to acquire Jet.com, an up-and-coming online retailer. More recently, Walmart took another jab at Amazon by unveiling free two-day shipping on more than 2 million items–no membership fee required. (Amazon charges $99 a year for a Prime membership, which includes free two-day shipping among other perks.) Walmart has increased its dividend every year since 1974.

Coca-Cola has long been known for quenching consumers’ thirst, but it’s equally effective at quenching investors’ thirst for income. The company has paid a quarterly dividend since 1920, and that dividend has increased annually for the past 54 years. With the U.S. market for carbonated beverages on the decline for more than a decade, according to market research, Coca-Cola has responded by adding bottled water, fruit juices and teas to its product lineup to keep the cash flowing.

Industrial conglomerate 3M, which makes everything from adhesives to electric circuits, has been hurt by the renewed strength of the U.S. currency. Since the company sells its products worldwide, a strong dollar makes 3M’s goods more expensive to overseas buyers and reduces revenue when foreign sales made in local currencies are converted into greenbacks. Foreign-currency translation reduced sales by 1.2% in 2016. Still, the company has weathered tough times before without sacrificing a dividend that dates back a century and has increased annually for 58 consecutive years.

The world’s largest hamburger chain also happens to be a dividend stalwart. Changing consumer tastes will always be a risk, but McDonald’s dividend dates back to 1976 and has gone up every year since. Fast-food competition remains intense, but in 2017 the company is looking to hold on to the momentum it gained from the introduction of all-day breakfast in the U.S.

The Home-Loan Crisis: Who will help borrowers in trouble?