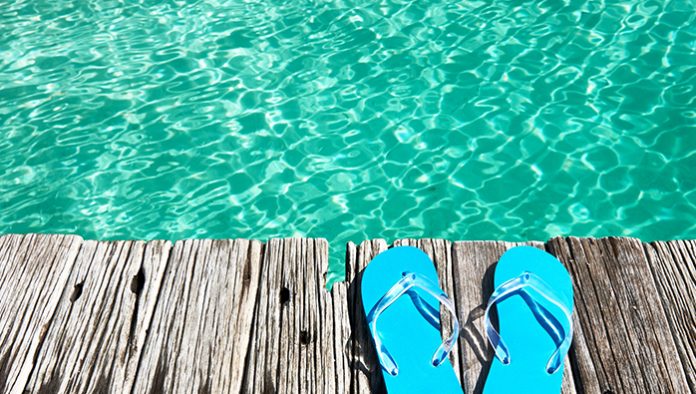 Unless you?re fortunate enough to live somewhere warm, you?re probably itching to go to a tropical destination or any place where you can thaw out. You might think that traveling to a warm-weather destination would be pricey right now. But areas serviced with a large number of airlines and plenty of resorts can see ?feverish competition,? according to Gabe Saglie, senior editor at Travelzoo. And that can work in your favor.

?Based on TripAdvisor booking data, those that visit these hotspots during mid-late January can save an average of 16 percent compared to February or March,? said Brooke Ferencsik, senior director of communications for TripAdvisor.

Here are seven winter destinations you should consider for your warm-weather getaway, with accompanying suggestions for cheap hotels and cheap flights.

Weather: Mostly sunny, but chilly at night, with temperatures ranging from 49 to 71 degrees.

The TripAdvisor experts recommend a day trip to the Kennedy Space Center, which is $55 including transport. You can also check out Universal Studios and Walt Disney World, which are both packed with activities for the whole family, including the Disney show Star Wars: A Galactic Spectacular Fireworks, and all the rides and sights at Universal Studios? Wizarding World of Harry Potter.

Round-trip airfare: $174 from Dallas-Fort Worth airport in Texas; $245 from Newark airport in New Jersey

TripAdvisor experts recommended a private tour of Chichen Itza with an archaeologist, which is $65 per person. Expedia travel expert Dave McNamee recommends Cancun for its warm weather and warm waters. Recommended activities also include snorkeling through the calm waters of the Nichupt? lagoon and setting sail onto the Caribbean Sea toward the beautiful Isla Mujeres, he added.

Round-trip airfare: $174 from Dallas-Fort Worth airport in Texas; $245 from Newark airport in New Jersey

Hotels: Average $120 per night at the beachfront Playa Maya, including free breakfast for two; average $115 per night at Club Yebo Hotel, which has a pool and is very close to the beach

?Beyond snorkeling in the warm, turquoise water, a top activity is zip lining through an underground river and lush jungles,? said McNamee.

Round-trip airfare: $498 from Los Angeles International Airport in California; $324 from Dallas-Fort Worth airport in Texas

Hotels: Average $147 per night at the Queen Kapiolani Hotel, which offers a pool and free beach towels and chairs; average $171 per night at the Waikiki Marina Resort at the Ilikai, boasting a full-service spa and a pool

In addition to boasting stunning weather in January, Hawaii?s capital is home to fantastic shopping, museums, historical sites and waterfalls. One of Honolulu?s many highlights is Waikiki Beach, which offers activities like paddle boarding excursions, surfing lessons and gorgeous beaches.

Prices in Aruba will peak in February, but January can offer opportunities for savings, according to Saglie.

?Aruba is great for honeymoons or anniversary trips, as well as family-friendly travel with great diving and lots of festivals,? he said. One of his favorite hot spots is the Brickell Bay Beach Club & Spa, which offers a freshwater pool complete with a swim-up bar and poolside frozen grapes in the afternoon.

?Though the beach, along with casinos and shopping, is a short walk away, the concierge can also arrange water sports activities, tours and spa treatments,? said Saglie.

Weather: Chilly for Florida in January, averaging 50 to 72 degrees

The Gulf Coast of Florida, from Clearwater to Naples, offers beautiful white sand beaches and lots of activities.

?Florida?s Gulf Coast has a thriving arts scene, historic homes in many of the towns, and great seafood, especially the grouper and shrimp,? said Saglie.

The area also offers many nature and wildlife preserves and outings, like swimming with manatees. ?With four airports in this area, including lots of low carrier presence, flight prices stay competitive,? he said.

If you?re looking for turquoise waters and luxurious accommodations, then Punta Cana is a top destination, according to McNamee.

?Try zip lining through the high forest canopies and spending the day on the sandy shores of the Saona Island,? he said. The area offers plenty of casinos as well as all different kinds of excursions, like hot air balloon tours and trips to the city of Santo Domingo.

How to Get a Refund for Coronavirus-Canceled Travel, from Hotline Help...

Pack Those Bags! How to Save on Vacation Costs