Home News U.S. News 5 Reasons You Might Not Be Happy About Stimulus Checks 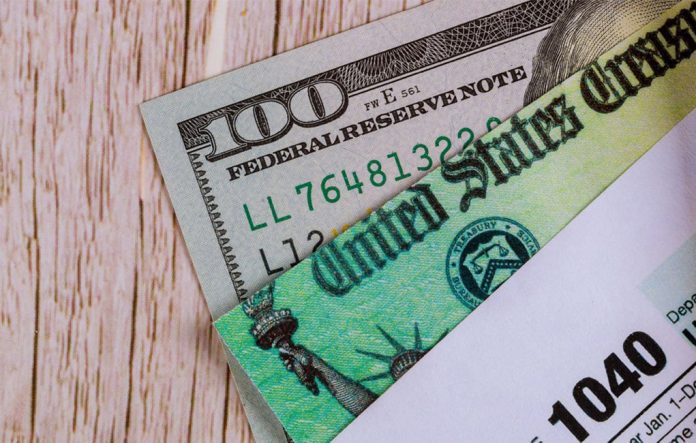 How can you grumble about $1,200 or more that could tide you over during the economic slump while the much of the country shuts down to engage in social distancing and combat the spread of the coronavirus?

Maybe the stimulus money can help you buy groceries, pay for medicine, be able to pay some bills while you’re temporarily out of work.

As helpful as the money will be for many people, though, it’s not making everyone happy. Here are five things some people don’t like:

1. Too much confusion for the elderly or poor

First, some good news. In a key development, the U.S. Treasury Department and the Internal Revenue Service late April 1 announced that Social Security beneficiaries who are not typically required to file tax returns will see payments for the stimulus automatically deposited into their bank accounts.

They do not have to file any new forms. They do not need to do anything.

We did not reach this point, though, without massive confusion. Just two days earlier, on March 30, the IRS issued an official release that claimed that some new simple form would need to be filed by some older consumers and others.

The new form was to be rolled out soon. OK, now it won’t be.

Many people will be rightfully confused. Low-income taxpayers, senior citizens, Social Security recipients who live mainly on those benefits, some veterans and individuals with disabilities often do not make enough money to be required to file a tax return. So they were at risk of needing to file a simple form.

Many Democrats in Washington and advocates for the poor had been rightfully upset and concerned that millions of vulnerable people could end up with nothing here if they had to file some new form.

A group of U.S. senators sent a letter to Treasury Secretary Steven Mnuchin on April 1 outlining concerns about the added burden this requirement would place on retirees and others, especially given that volunteer tax sites are closed during the coronavirus epidemic.

The problem: If we’re in the middle of a broad-based shutdown where you’re encouraged to stay home for your health, you might not find help to fill out any form.

Janet Holtzblatt, senior fellow at the Urban-Brookings Tax Policy Center, told me that the IRS statement March 30 was a surprise for many who thought that no new form would be required.

“Among low-income people — either Social Security beneficiaries or not — some people will not file even a simple return to claim the payment,” she said, “possibly because they do not understand the process, they cannot get assistance because the IRS tax assistance services and volunteer tax preparation sites have been closed due to the outbreak, or they just don’t know they are eligible for assistance.”

Now, it appears that a bad idea is dead in its tracks.

The IRS added: “Since the IRS would not have information regarding any dependents for these people, each person would receive $1,200 per person, without the additional amount for any dependents at this time.”

2. Everyone won’t get their money by late April

Many people could receive stimulus money beginning the week of April 13.

Treasury initially said it would take three weeks to get the payments out after the stimulus bill was signed by President Donald Trump on March 27. But Treasury Secretary Steven Mnuchin said Thursday that the checks now will go out in two weeks, making direct deposit money show up even earlier than expected. If so, that’s great news for many struggling families.

But many people should realize that some people will experience delays and cannot bank on receiving the money that quickly.

If the IRS does not have a taxpayer’s direct deposit information, a check will be mailed to the address on file.

You get nothing if you’re single and your income is more than $99,000 and $198,000 for married couples filing a joint return with no children.

The good news: The Treasury Department and the IRS say stimulus money will be distributed automatically, with no action required for most people.

3. Money could be grabbed to cover old debt

Could a debt collector end up with your stimulus stash, if it’s directly deposited into your account?

It remained a real concern Thursday, according to Lauren Saunders, associate director of the National Consumer Law Center. She said the Treasury Department needs to take action to make sure that stimulus payments aren’t taken out of bank accounts by debt collectors.

On the one hand, the Treasury Department wants to move the money quickly into the hands of consumers who are facing financial hardships during the coronavirus pandemic. Direct deposit makes sense.

Given that people have suffered a sudden loss of income, she said, many desperately need stimulus payments for their everyday survival.

She noted that Treasury could tap into a simple mechanism to protect stimulus payments from debt collectors, much like it is able to protect Social Security and other federal benefits from garnishment.

The Coronavirus Aid, Relief, and Economic Security Act protects stimulus payments from being reduced to pay certain debts owed to federal and state governments, such as federal student loan debt or past due income tax bills.

But the act does not specifically address garnishment or bank offsets for other debts. Instead, it gives Treasury the authority to issue rules and guidance.

By addressing such concerns early on, Saunders said, people would be able to provide direct deposit information to the Treasury Department and not be afraid of losing money to debt collectors. She says they wouldn’t request a paper check instead.

4. You could get hounded by scammers.

Everybody — especially those who are overworked here or isolated at home — must realize that the crooks are out to get us.

The IRS on Thursday warned us to expect a surge of phony calls and email phishing attempts about the Coronavirus, or COVID-19.

“The IRS isn’t going to call you asking to verify or provide your financial information so you can get an economic impact payment or your refund faster,” said IRS Commissioner Chuck Rettig in a statement.

Don’t click on any attachments. Don’t react to any surprise emails that appear to be coming from the IRS.

Fraudulent websites and social media posts also will try to get money or personal information.

“The IRS and its Criminal Investigation Division have seen a wave of new and evolving phishing schemes against taxpayers,” according to the IRS alert.

No one from the IRS or any other agency is going to reach out to you by phone, email, text, Facebook or in-person to deal with stimulus checks. No one.

5. Go to college? You may not get any money.

Many college students lost jobs on campus as dorms closed down and classrooms were shuttered during stay-home orders across most of the country.

College instructors switched to Zoom or other online only methods of teaching. But many students who might have picked up cash working at a local bar or restaurant in a college town lost jobs.

Yet if you’re a dependent on your parent’s tax return — as many college students are even if they’e in the late teens and early 20s — you’re not getting a stimulus payment.

Going forward, some lawmakers would like to see college students trigger some extra money. U.S. Sens. Debbie Stabenow and Gary Peters, both Michigan Democrats, have announced legislation that would make dependents 17 and older count toward what a family gets in direct payments from the bipartisan coronavirus relief package.

Health Care for Millions of Californians is on the Line in...