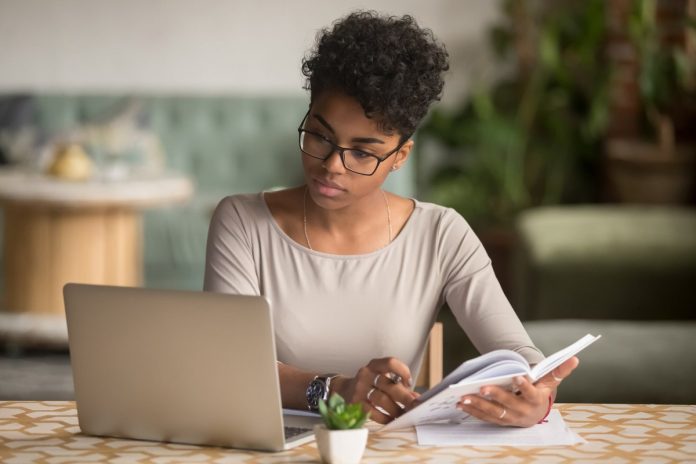 You’ve worked and saved for much of your life and now it’s finally time to retire and live off those savings. What’s the best approach to maximizing your retirement accounts such as a 401(k) and IRA to ensure you don’t experience a common retirement fear – outliving your money?

Here are some top strategies for withdrawing your retirement funds, from three planning experts.

The critical issue: Outliving your money

While retirees may have different worries from those still in the workforce – healthcare and living on a fixed income, for example – one of the most vital is ensuring you don’t outlive your income.

“The biggest concern people seem to have is running out of money in retirement,” says Chad Parks, founder and CEO of Ubiquity Retirement + Savings in San Francisco. “The first step is to take a look at the amount you want to withdraw from your retirement plan and ask yourself if this is your only source of income in retirement.”

In this regard, Social Security is a fantastic retirement plan that ensures at least one source of income won’t run out. You’ll receive your check for life. That’s also part of the appeal of annuities, which can promise a guaranteed retirement income for as long as you live.

And your potential longevity is an important consideration in any calculation, too.

“Typically, when retiring at ages 65-67, a good rule of thumb is to plan on 20-25 years of needing money after you stop working,” says Parks.

One way to avoid outliving your money is to reduce what you need in retirement. For example, you may downsize your lifestyle to accommodate a lower income. However, you can take steps before you retire that minimize your need to tap retirement funds, too. For example, by paying off your mortgage or car loan while you’re still earning money, you’ll reduce what you need to pay out later.

By reducing your income needs, you may also set yourself up to tap retirement funds tax-free.

But smart retirement planning and withdrawing your retirement funds in the most effective way can also help you extend your nest egg and make sure that you have a comfortable retirement.

As you’re considering what you need for retirement, don’t forget that you likely have a monthly paycheck coming in from Social Security as well. From this income you can work backward to figure out how much money you need each month.

These withdrawal strategies can help you extend your savings and meet your goals.

The 4% rule is an oldie, but it remains a popular way to withdraw retirement funds, because it promises to always keep some money in reserve for later withdrawals.

With this strategy you withdraw no more than 4% of your funds each year, a level that could extend your savings quite a while. It’s especially useful if you have some investments in stocks, which tend to grow much faster than that each year. If your portfolio earns more than 4% in a given year, you’ll actually gain money overall, despite the withdrawal.

Each year the withdrawal is adjusted based on how much money is in the accounts. So your retirement income could fluctuate, both higher or lower, depending on your investments.

Downsides: Some retirees want a stable income, not a fluctuating one, so this strategy may be less desirable. And that leads to another issue: losses in your income as the market moves.

“With increased volatility, retirees could see more money being taken out of their portfolios in a bear market,” says Julie Colucci, associate adviser at New England Investment and Retirement Group in North Andover, Massachusetts.

If you have to take money out when the market is down, you lose some ability to ride it back up, and that could permanently hurt your overall income in later years.

In the fixed-dollar strategy, retirees determine how much they need to withdraw each year, and then re-assess that amount every few years. The withdrawal could be lowered in the future to match a lower portfolio value or could be raised if investments have increased in value.

“A benefit to the fixed-dollar strategy is that retirees know the exact amount of money they will be receiving each year,” says Colucci.

Downsides: “This strategy doesn’t protect the retiree from inflation risk, and this strategy faces the same downfalls as the 4% rule when faced with volatility,” she says.

With the total return strategy, the goal is to remain fully invested as long as possible, notably with long-term growth assets such as stocks. So you would withdraw 3-12 months of expenses only and leave the rest in your retirement funds. Then you would tap them again when more is needed.

“This strategy works well for retirees who can tolerate more risk and whose plans may have a greater capacity for managing risk,” says Hali Browne London, CFP, with Facet Wealth in Washington, D.C.

If you can handle higher-risk, higher-return assets such as stocks — and don’t always need to sell them if the market drops — you can ride out the market’s fluctuations to an overall higher return. It also helps if you have more money in your retirement funds, so that any amount you do take is a relatively small portion of your assets, leaving the rest in the account to appreciate.

Downsides: The total return strategy can expose your portfolio to higher potential gains as well as losses, and that may not be feasible for many retirees. If you need to tap your accounts just when the market has dipped, you may have to sell or otherwise reduce your living expenses.

“Ultimately, the total return strategy can prove to be a successful approach as more assets remain invested long-term, but it should be used for clients that have a good handle on market performance and can handle the volatility and optics of selling even when markets are down,” says London.

The bucket strategy splits the difference on other strategies – leaving money invested in high-return assets for longer periods while allowing you to take out money for short-term needs.

Your investments are split into three buckets according to when you need the money and are placed in various assets matching that time frame and risk, as London explains:

— Bucket 1 holds money you need in the next 6-12 months, and it’s maintained in liquid high-yield savings accounts or another liquid account.

— Bucket 2 holds money you need over the next 7-36 months and it can be invested in shorter-term bond funds or higher-yielding CDs.

— Bucket 3 contains the assets that you won’t need for at least 24 months, allowing you to put at least a portion of them into higher-return assets such as stocks.

As funds from the first bucket are drawn down, you pour in money from the second or third bucket, depending on how assets in those accounts have performed. By ensuring your short-term cash needs, you give the assets in later buckets a chance to grow.

“The advantage of this strategy is that the retiree has insulated themselves from market volatility and the next 12-36 months of expenses (buckets 1 and 2) are safer and provide a great deal of comfort and security,” says London. “Meanwhile, they can benefit from the potentially positive outcome from market volatility – increased returns – on the funds invested in bucket 3.”

Downsides: The bucket approach can be a good compromise among other strategies, but like most compromises you sacrifice some benefits of one strategy to get certain benefits of another. For example, a total return strategy might give you the most possible upside, but a bucket approach gives you more safety today because you’ve locked in your cash needs and still offers some long-term upside.

“This strategy may require more regular monitoring from individuals to refill the buckets,” says Colucci.

OTHER FACTORS TO CONSIDER

Two other factors should play into your planning: taxes and whether you’re a woman.

For example, it can make sense to first take money out of tax-deferred accounts such as a traditional IRA, because you’ll pay tax on this money at the lowest rates. Only then might you take money out of a Roth account, helping you avoid a higher tax rate on your income.

“Roth assets are generally the last assets that are withdrawn as they are income-tax-free when distributed,” says Colucci.

By planning ahead you can reduce how much money you send to Uncle Sam and keep more of it in your own pocket. And you may even be able to get tax-free Social Security.

Retirement planning as a woman

Women will likely have to take steps that men don’t take in order to make sure they don’t outlive their money. According to compensation data company PayScale’s review of the gender pay gap, in 2020 women as a whole make $0.81 for every $1 made by men. Lower earnings translate not only into a lower ability to save, but also reduce lifetime earnings, affecting Social Security payouts.

Colucci notes that women live longer than men, and so “women must look to see how they can stretch their assets for a more extended period.”

While Social Security does offer spousal benefits that may reduce the inequity in retirement, it still may not make up for the lower lifetime earnings of a woman.

So women should carefully consider their options. Are they willing to take on more risk in their portfolios? Do they have enough time before retirement to invest and grow the needed assets?

Your situation will also depend a lot on whether you’re single or married, because you may also be able to depend on your partner for planning and financial support.

“Couples should look at their collective retirement savings and benefits and make decisions together,” says Parks, who notes that planning ahead may really help here.

“If one partner is getting a pension payout, something called a joint and survivor benefit may be available in certain plans,” he says. “That means if the primary person on the pension plan passes, regular payments continue as long as one spouse lives.”

However, he notes that such a feature would likely reduce the plan’s monthly payouts.

Whichever withdrawal approach you take, make sure it aligns with your overall goals and needs, and remember to think long term. Planning for your future decades out can be complex and require special skills, so it may be worth hiring an independent financial planner to help you manage the process. Here’s how to find an adviser who will work in your best interest.

A Creative Way to Fund Your Entrepreneurial Passion: Your 401(k)

Starting a Second Career After Retirement