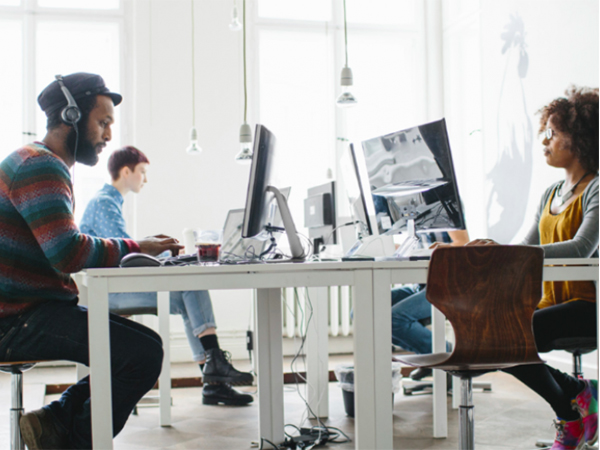 Launching a startup, though enriching, has been glamorized as an easier task than it truly is.

This article isn’t meant to deter you from enacting your business plans, but rather to introduce you to the realities of the startup world. So before quitting your day job and diving into the turbulent waters of self-driven startups, here are four crucial aspects that everyone should consider as they may help you realize it’s not possible, at this time, to encounter success.

One startling truth about building your own company is, more often than not, it will take much longer than you think to turn a profit.

When Frederick W. Smith first came up with an overnight-delivery company, now known as FedEx, in 1962, he didn’t fully consider the necessary fuel and service costs. After coming close to bankruptcy and gambling his remaining $5,000 to save the company, FedEx finally made its first profit in 1976. Today, the company brings in an annual profit of $13 billion, but it wasn’t easy getting there.

More recently, the highly promising company Square still hadn’t turned a profit (as of early 2016) since it was founded in 2009, and could only hope for this past year to be its first profitable year.

My partner and I said we would give our company five years to reach the potential we initially envisioned. Well, it has been five years, and though we’re profitable, we’re going to need (at least) five more.

Launching a startup isn’t a way to “get rich quick.” The fiscal reality is far from glamorous. So before you set your startup plans in motion, there are two essential questions you should ask yourself: First, how much are you getting paid today? Next, what is the loss of potential gains by making this career move, aka, what is the opportunity cost?

When building a startup, it’s necessary to think long term. You have to consider the possible benefits of staying where you are before making the jump. What raises are safe to anticipate at your current job? Or are you in a “dead end” position without any room for growth? What is a conservative estimate of your salary in five years, and will your startup be able to pay more? Or, do you not feel a sense of job security, and believe it might be possible that you won’t still be working for your current employer in five years?

Launching a startup isn’t all about the money. There’s great joy and fulfillment in being your own boss, especially if you’re unhappy in your current work environment. But take it from me, if at year four or five, you are making less than what you previously were, you have to be ready for it. The lack of monetary gain may start to eat at you, and in response, you’ll have to start thinking about what you can do to fix it — not only for yourself but for your company as well.

Partners aren’t always on board

My saving grace has been my ideal business partner: someone who works well with me, complements my skill sets and enables the company to succeed in areas where my abilities fall short. But even so, plenty of challenges arose between us. Therefore, I don’t think it’s even worth contemplating a startup if you aren’t working with the right person. After all, it’s not only about sharing duties and responsibilities: It’s about having someone there who you can trust to handle the things you can’t.

And of course, if you have a significant other, it’s absolutely crucial they’re on board as well, not only with the temporal and fiscal consequences of launching a startup but also with the mental stress as that accompanies it. There will be bad news, setbacks, broken promises and long hours. And if your significant other isn’t on board, how do you think they will react to the unavoidable drama? I’ve seen long marriages end in divorce, the ultimate cause being one partner chose to start a company that the other didn’t believe in or approve of.

At the end of the day, partners, both business and personal, must be willing to give your startup company as much care and work as you are. They must understand the consequences and be accepting of them anyways.

Sales are not the ultimate goal

If the company you are contemplating developing can only be successful if it’s sold to another company, then you are in trouble.

The exit strategy cannot be to find another company to buy you. The expectations have to be higher. If you build a company just good enough to be absorbed by a larger, higher-functioning entity, then what does that say about your own long-term goals? The only way to reach true economic independence is to make your company sustainable and profitable on its own. And sure, it’s never easy, but startups cannot be built on the idea that it will be easy. However, if done right, you’ll at least have the choice to sell — or not.

Though one will experience just about every level of stress when launching a startup, success is attainable. You just have to know what it will cost and, most importantly, if that cost is worth it to you.

Stay Motivated With These 6 Strategies