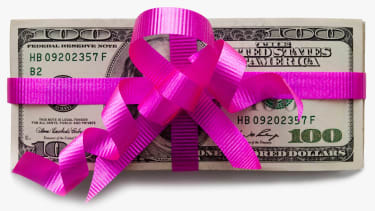 According to the newly released Giving USA numbers, 2019 saw a 2.4% increase in giving after adjusting for inflation. That’s wonderful news and continues the recent trend that Americans give more each year. But, as we all know, 2020 is already a “year for the ages,” so the question on many minds is will giving continue during this time of turmoil?

So far, it looks like the answer is an emphatic yes. Fidelity Charitable, a donor-advised fund (DAF), recently reported how donors are responding to COVID-19. Fidelity examined donor grant-making from January to April. The findings are similar to what we’ve seen within our organization, DonorsTrust, and leave us very hopeful for what’s to come. Despite March’s stock market plunge, within the first four months of the year, donors nationwide recommended 544,000 grants totaling $2.4 billion — an increase of 16% from the same time in 2019.

It appears that donors recognize the rainy day they’ve been waiting for is here and understand the importance of giving now more than ever.

The long-lasting impact COVID-19 will have on charitable giving is still unknown. But, this year, three catalysts may help make 2020 another record year for philanthropic giving.

In 2017, the Tax Cuts and Jobs Act (TCJA) nearly doubled the standard deduction for all taxpayers. For individuals, the standard deduction jumped from $6,350 to $12,000, and for married couples, from $12,700 to $24,000. Many charities feared that change would reduce the number of taxpayers who itemized and subsequently reduce the incentive for those same people to donate to charity. I don’t subscribe to this fear because I wholeheartedly believe that, while nice, tax-incentives are not the primary driver for donors.

And I was proved right because charitable giving rose to its second-highest level ever recorded in 2019, falling shy of 2017’s record. Of the various donor types, individual donors were the most generous. Even with lower tax rates, individuals proved the predictions wrong and still contributed about $310 billion to charitable causes. Individuals weren’t the only ones to persevere. Private foundations and donor-advised funds also gained traction and have experienced significant growth in recent years partly thanks to the TCJA provisions.

Given these TCJA changes, those with donor-advised funds have some unique advantages. Giving through DAFs remains a great tool to give charitably and receive immediate tax breaks. Additionally, using a DAF is helpful when “bunching” donations. The taxpayer can now make the donations to the DAF in the first year to get the deduction, then distribute the funds to charities over multiple years.

Donor-advised funds have experienced rapid growth over the past 15 years. In 2007, National Philanthropic Trust (another leading donor-advised fund) reported that assets in DAFs totaled $39.8 billion in inflation-adjusted dollars. By 2018, that number had jumped over 200% to $121.42 billion. The increase in donor-advised funds continues to rise even during this pandemic. According to a new survey by the Community Foundation Public Awareness Initiative, donor-advised funds saw grants jump by 58% just this March and April alone.

Many have criticized DAFs in the past for holding onto money that instead could be immediately allocated to those in need. However, right now, DAFs are ideally positioned to help because donors saved money in their accounts for that rainy day much like today. The funds that have accumulated in many DAF holders’ accounts come from many years of thoughtful, planned savings. Payout rates are continuing to increase, and more money is going out than is coming in. Those rainy-day funds are easing the economic downturn pains for all types of charities.

3. COVID-19 stimulus incentives can only help

The Coronavirus Aid, Relief and Economic Security (CARES) Actcreates additional motivation to spur donations and philanthropic giving, including tax deductions and small-business loans to nonprofits.Arguably one of the most prominent provisions of the CARES Act is that it allows non-itemizers to take an above-the-line deduction for their charitable contributions of $300 per person or $600 per couple — in addition to their standard deduction — for 2020.

Since tax incentives are not the only driver for charitable giving, I don’t see the CARES Act truly moving the needle for your average donors. However, the additional incentive does provide a stimulus for wealthy donors and large corporations to now pledge to donate a significant portion of their earnings to do good.

A Final Word to the Wise

You are the one who should develop the primary relationship with your charity, just as you are the one who controls what they know about you. Making it easier for charities to get you information about their programs enables you to be a more strategic giver and create additional opportunities for the charity to raise additional dollars.

If you are committed to additional charitable dollars this year but are unsure when to make a gift, move those dollars to your DAF account now to be sure that they are “safeguarded” for potential charitable purposes. Securing these future donations frees you up to observe the next few months and identify your next giving opportunity.

If you are a donor who already uses a DAF, contact your favorite charities to ensure they are aware that this is the method of your giving. Some charities categorize grants from DAF providers as “foundation support” rather than linking the gift with the account holder who recommended it in the first place.

Lastly, the stock market is a bit hyperactive this year. Remember, gifts of appreciated stock go a long way in terms of helping charities, maximizing your gift and avoiding capital gains taxes. That unexpected surge in your stock price today may mean gifting that stock now while allowing you time to identify the charity that will ultimately benefit from your gift.

Although all three of the catalysts listed above are helping to weather the current storm, it is important to remember the future of philanthropy comes down to you. You have the freedom to decide how, where, when and why you want to give.

Americans inherently want to do good, and that’s happening during the COVID crisis, showcasing why we are the most charitable people in the world. I remain optimistic that the 2017 tax changes, the increase in grants from DAFs and the CARES Act philanthropic incentives combined may make 2020 the best year for giving we’ve ever seen.

Fundraisers Shift from Ballrooms to Zoom as Nonprofits Struggle to Keep...

How to Donate to Charity Directly from Your Retirement Account and...