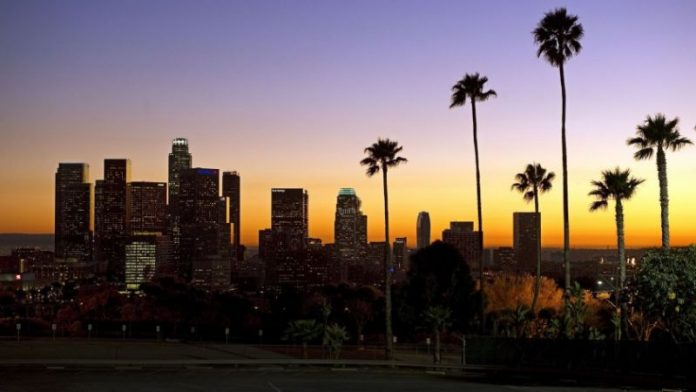 Two years ago, a number of L.A.’s leading tech investors gathered for a swanky party to launch a program called PledgeLA. Its purpose: to change the mostly white, mostly male face of the tech industry in Southern California.

With support from the mayor’s office and the deep pockets and local connections of the Annenberg Foundation, PledgeLA has been asking venture capitalists and tech companies to sign a pledge to diversify their companies at all levels and increase community engagement. Members also pledged to measure and report their progress.

The need for the initiative was clear. In L.A., only 11% of venture capital partners — the investors who sign the checks to fund tech start-ups — were women, and only 2% identified as African American or Latino. Nationwide, the ranks of venture capitalists are even less diverse still. And despite years of diversity initiatives at tech companies, the percentages of Black, Latino and Native American employees and managers at every major tech company remain low compared to state and national demographics.

In the two years since it launched, PledgeLA has more than doubled in size, from 87 to 222 signatories, including a majority of the region’s venture capital firms and a number of its largest tech employers, such as Snap, Honey, Beyond Meat and Dollar Shave Club.

Dozens of students from underrepresented groups have gone through its internship program at L.A. VC funds, and in the next year a mentorship program in partnership with UCLA Anderson will pair 50 first-generation college students with L.A. tech leaders. To bring more candidates from underrepresented groups into L.A.’s start-up scene, PledgeLA and the VC fund Crosscut Ventures launched a regional tech job board. This summer, PledgeLA will launch a new $500,000 fund for tech founders in South L.A., to be split up among 20 companies that compete in a pitch competition this fall.

The organization’s annual report, which it released Wednesday, also provides a new set of data showing how well its member companies are living up to their pledges.

The self-reported data from individual tech employees in the PledgeLA survey also highlights some of the factors underlying the industry’s poor performance on diversity. White employees, for instance, are much more likely to have been recruited through personal recommendations, while employees of color typically go through the formal application process. Recruiting experts say reliance on personal networks can be a mechanism for perpetuating patterns of exclusion.

But the nature of the program, and the research that goes into the study, makes it difficult to draw strong conclusions about how the industry is faring as a whole.

Only 65% of the companies and VC funds that have signed up for PledgeLA responded to the survey, and none were asked to provide comprehensive data on their own workforce, only on their policies and practices. Of the companies that did respond, 47% reported having a staff member devoted to diversity and community engagement who meets directly with leadership, and 46% reported designating a portion of their annual budget to diversity and inclusion efforts.

The rest of the survey results on experiences and identities are based on the experiences of individual employees, managers, and venture capitalists. All results, both at the company level and for individuals, are anonymized.

The people leading PledgeLA’s work note the program is still in its early days. “Sixty-five% participation is incredible,” said Cinny Kennard, executive director of the Annenberg Foundation. “We’re following a model of signing the pledge, then data, then action, then impact.”

Kennard described the foundation’s work on PledgeLA as an extension of its similar initiatives in other sectors, such as the USC Annenberg Inclusion Initiative, which tracks gender, racial and ethnic inclusion in the film and music industries.

The reliance on self-reporting is a feature, not a bug, said Jasmine Hill, PledgeLA’s scholar-in-residence.

“We’ve made a decision to lead with a carrot as opposed to a stick to make sure that people have the tools they need to move forward,” Hill said. “We were very intentional about that.”

As a regional initiative with nonprofit backing, PledgeLA can serve as a sort of impartial United Nations for the typically competitive industry, according to one VC participating in the program, providing resources to companies and investors that want to change how they operate but don’t know where to start.

“As somebody who spends a fair amount of time thinking about these issues and wants to be on the side of progress and change, PledgeLA gives me a platform to continue to have those conversations, either internally or externally,” said Nick Kim, an investor at Crosscut Ventures. “People want to do the right thing, and they need someone who’s an expert to validate the efforts they’re putting out there.”