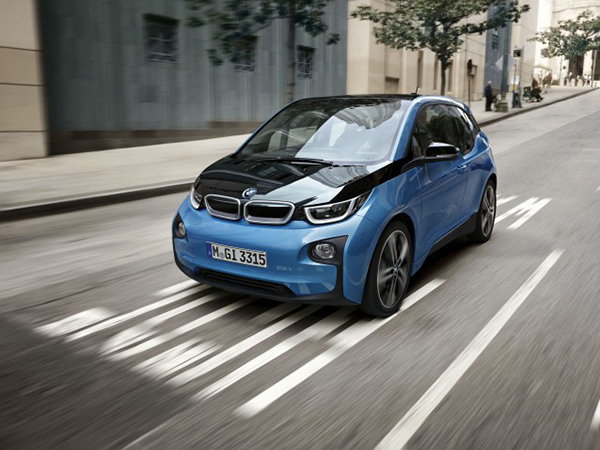 Electric vehicles will become more popular and could power nearly half of all new vehicles sold worldwide by 2030, according to a study released Thursday by Boston Consulting Group.

That?s a global projection, so the change may not be that dramatic in the U.S. it defines electrified vehicles to include gas-electric hybrids, like the Toyota Prius, plug-in hybrid vehicles, like the Chevrolet Volt, and pure electrics such as the Chevrolet Bolt and all Tesla models.

Today the range of electrified powertrains account for 5 percent of the global new vehicle market. The study projects that will grow to 48 percent by 2030.

?EV sales will be driven by regulations and incentives for the next seven or eight years,? said Xavier Mosquet, a Boston Consulting senior partner and the study?s lead author. ?Then there will be an inflection point that will drive market forces that convince more consumers that the cost of owning an electric car will be about equal to owning a car with an internal combustion engine.?

The study found that the cost of battery cells needed for a new vehicles is coming down at about 20 percent each year. Today that cost is about $150 per kilowatt-hour (kWh). Depending on how fast EV sales rise, the BCG team estimates battery cost will drop to between $80 and $106 per kWh by 2025, and then to between $70 and $90 per kWh.

In China, the government has set a goal that one of every five new cars be powered by a fuel other than gasoline by 2025. The national government now offers a rebate worth $17,000 for purchase of a all-electric vehicle and about $9,300 for a plug-in hybrid.

The transition will also happen quickly in Europe, where diesel engines, which last year accounted for 48 percent of the market, will decline rapidly due to the cost of complying with nitrous oxide emission standards and the recent scandals such as Volkswagen?s cheating on diesel emission tests.

Battery costs, which are the single largest driver of TCO for BEVs and PHEVs, are declining further and faster than projected just a few years ago. BCG estimates, confirmed by several sources, have batteries? per-kilowatt-hour cost falling to between $80 and $105 by 2025 and to between $70 and $90 by 2030.

General Motors last month announced plans to offer 20 new electrified models by 2023. Ford said it will invest $4.5 billion over the next five years to add 13 new battery-powered models to its lineup.

Toyota is working on a solid state battery that would go into a new car to be sold in Japan by 2022. Lithium-ion is the predominant battery technology in most current electrified vehicles.

So far Americans have not embraced EVs, although combined U.S. sales of gas-electric hybrids, plug-in electrics and fully battery-powered vehicles increased 14.6 percent so far this year compared with the first nine months of 2016, but still account for only 3.3 percent of the market, according to data compiled by hybridcars.com.

Outside the West Coast, inexpensive gasoline, a sparse network of public charging and Americans? strong preference for abundant cargo space and heavier vehicles have been daunting obstacles to EVs.

China will be the short-term springboard for mass EV demand.

Gang Xu, BCG partner and co-author of the study, said China auto sales should reach about 28 million in 2019 and he expects electric vehicles to account for about 10 percent or 2.8 million of those.

Mosquet said the study is based on the assumption that oil prices will remain stable at an average of about $60 a barrel over the next 13 years.

He acknowledged that the Trump administration has talked about easing existing regulations on fuel economy and targets to reduce carbon emissions.

But for the study, his team assumed that California, where the Air Resources Board has said it will continue enforcing its strict fuel economy and emission standards. Twelve other states, including New York, Pennsylvania and most of the Northeast region follow California?s standards.