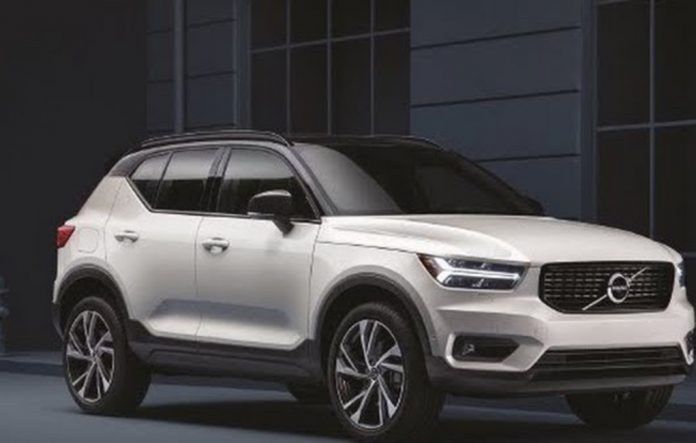 The 2019 Volvo XC40 enters the hot selling crossover compact SUV segment with a unique style and personality that upholds Volvo’s Swedish design and safety heritage. The new Volvo XC40 offers luxury, fuel efficiency, infotainment and safety technology at a lower price point than many other compact SUVs in its class.

The Volvo XC40 has a more aggressive and sportier design than its larger XC60 and XC90 siblings. Its sharper lines and blockier shape give it the appearance of motion while standing still. It stands out on the streets with its two-toned colors that contrast well with the vibrant paint choices.

Although the Volvo XC40 arrives late to the crossover SUV segment, it is one of the most stylist looking models in the class. Assembled in China and Belgium, the XC40 completes Volvo’s SUV model lineup that started with the larger XC90, and midsize XC60 series.

The XC40 enters the market at a time when SUVs are outselling sedans, primarily due to competitive pricing and fuel economy. The lower price point of the XC40 is strategic to Volvos overall marketing strategy, since it has become Volvo’s entryway to its other models. So far, since February 2019, year-to-date sales of Volvo vehicles were up 5.6 percent, with sales of the XC40 leading the way with an increase 2,287 percent. The XC60 sales were up 17 percent while sales of the XC90 fell by 18 percent.

The 2019 Volvo XC40 has six trim levels that come in either T4 or T5 configurations in the United States. All models are powered by a 2.0-liter I-4 engine that runs on regular fuel. The T4 models generate 187 horsepower with 221 pound-feet of torque and average a combined 27 mpg. The T5 models are powered by a turbocharged 2.0-liter I-4 that gets up to 248 horsepower at 258 pound-feet of torque and it averages a combined 26 mpg. All models are paired with an 8-speed automatic transmission with auto and manual modes.

How are condo associations handling increases in utility costs due to electric cars?

2016 BMW M2 Sports Coupe is For Drivers Who Like Driving