Home Lifestyle Auto 2019 Vehicle Test Drives Part III When and What to Buy? 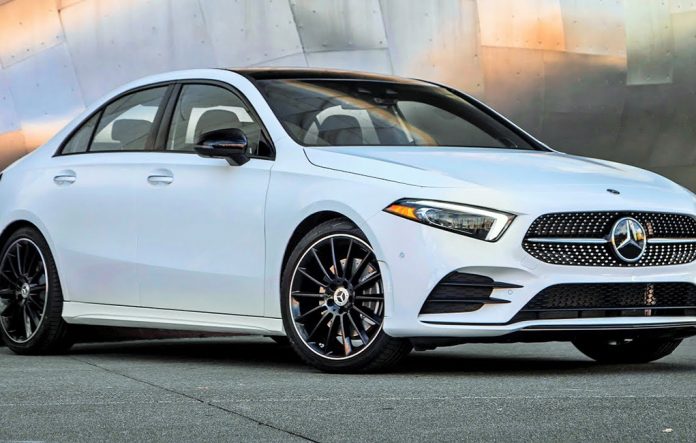 October, November and December are the best months and season to buy a new or used vehicle from a dealership. That’s when manufacturers are shipping the next model year cars and trucks, and sales reps are eager to make their end-of-year bonuses. Car salespeople must make monthly, quarterly and annual sales goals to get bonuses. Since the annual bonus is the biggest, December is the best month and December 31st the best day to bargain for a price below the MSRP sticker. You can also search for the best deals near you on the Kelly Bluebook website.

“What should you buy?” Well that depends on how much research you do on the vehicles that matches your preference and budget. That’s why it is a good idea to plan at least six months ahead. Some of the new 2019 models that I test drove were featured in Part I and II. The vehicles profiled below concludes my final impressions of test drives for the new 2019 model year.

I was remarkably impressed with the 2019 Toyota Sequoia. It has come a long way from the boxy shape of the 2017 model. The latest Sequoia has been redesigned and reengineered with more appeal and power. It’s a mega SUV with 7-passenger seats, which handles better, has a more comfortable ride and plush interior.

Driving the newly revamped 2019 Toyota RAV4 is a reminder of the day it was first introduced in the United States 22 years ago, when it fueled interest in the compact crossover SUV segment. Now in its fifth generation, the 2019 RAV4 continues to lead the compact SUV class in sales. The 2019 Toyota RAV4 is built on an all-new platform and has powerful new gas and hybrid engines, the latest technology, class leading interior, roominess, and more conveniences than its predecessor.

If you think Mercedes-Benz is all over the place, you’re right. I was fortunate enough to test drive the Mercedes all-new entry-level A-Class sedan. A youthful-spirited, smaller Benz that hopes to attract more first-time customers to the Mercedes brand. The A220 takes over the role that was formerly played by the 4-door CLA coupe. Built entirely on a new platform, the 2019 Mercedes A220 is available in front- or all-wheel drive (4Matic). Since it just hit dealer showrooms for the first time, getting a discounted deal is slim to none.

America’s hottest selling vehicle, the Ford F150 gets its baby brother back. The Ford Ranger returns to the United States after discontinuing sales in 2011. With the Ford F150 dominating vehicle sales, the new 2019 Ford Ranger adds an affordable mid-size pickup option to the lineup. It looks and feels like a smaller version of the F150, although it shares many of the same components from the Ranger that continued sales in other countries. The 2019 Ford Ranger features many of the conveniences and technology found in the Ford F150. The driving performance is superior for a truck and very responsive on urban streets. The Ford Ranger comes in two versions: A 2-door SuperCab with a 6-foot bed and a 4-door SuperCrew with a 5-foot bed.

The 2019 Mazda CX-5 is a sporty fun-to-drive small crossover SUV with premium qualities at a lower price. It has an aggressive design and class-leading performance that makes it attractive in the small SUV segment. The Mazda CX-5 offers a choice between two V4 engines: a 187 hp 2.5-liter or a new turbocharged 2.5 that gets 227 horsepower. The CX-5 Signature model that I drove is new for 2019. It gets 227 hp on regular fuel and can get up to 250 horses on premium.

The third generation of the Kia Soul was launched in 2019 as a 2020 model subcompact SUV. The previous boxy shaped exterior was restyled to make it look and feel more appealing. It is packed with standard performance and convenient features.  I was particularly impressed with the driving performance of the 2020 Kia X-Line. It was fun-to-drive and offered lots of passenger room and utility. The new engine and upgrades to the 2020 Kia Soul X-Line was well worth the wait. There are two versions of the Soul: the base X-Line and the turbocharged GT-Line.

Car Insurance Rebates Are Coming, But Are They Enough?