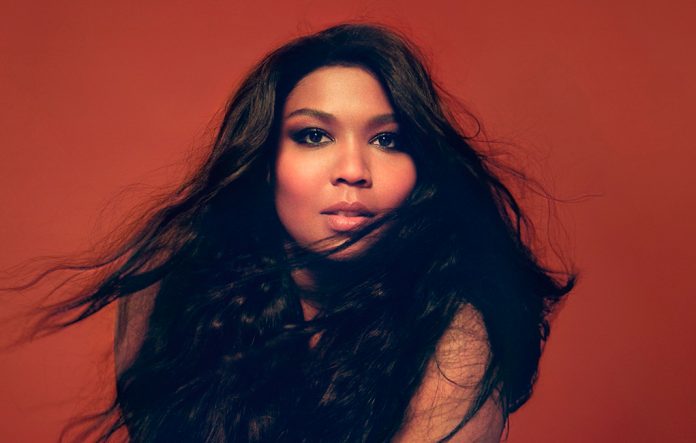 Lizzo is having a year that has moved so readily from peak to peak that sometimes it feels scripted. She appears destined to win a bunch of artist-of-the-year accolades in a few months, a case of a talented if highly unconventional innovator arriving on a bigger stage at just the right time.

Her emergence intersects with countless history-rattling moments and movements: body-positive activist, feminist, LGBTQ advocate, self-empowerment crusader, #BlackLivesMatter. She delivers robust songs in a voice that veers from rapid-firing rapping to multi-octave singing, occasionally punctuated by classically trained flute riffs and solos (a decade in school marching bands will do that for you). She roars with a fury that’s surely righteous, but salted with humor, a sense of mischief both self-deprecating and wickedly sarcastic. She’s the antithesis of the manufactured pop icon, but rather a self-realized outsider. Lizzo is the misfit who learned not just to accept her quirks and so-called “imperfections” but to celebrate them and in doing so, improbably widened her appeal.

Lizzo started rapping while growing up in Houston (later moving to Minneapolis), but her vision couldn’t be confined to hip-hop. She not only studied and played flute, but jumped into a number of bands playing everything from electro to R&B. She appeared destined to a career in underground music, a gifted, multi-faceted artist who didn’t fit the mold of a conventional pop star.

But her rule-breaking style and brand of “no-genre hip-hop” brought her opening slots on tours by admirers such as Sleater-Kinney and Haim, and collaborations with the RuPaul and late, great Prince. After a series of indie releases, she signed a major-label deal with Atlantic and earlier this year released her highest profile album yet, “Cuz I Love You.”

It amplified Lizzo’s strengths at the expense of some of her more nuanced musical attributes, but the songs were constructed to burst through the pop-music clutter and succeeded. For many, this was an introduction to a singer who, at 31, was a decade older than many of the newcomers on the charts. Lizzo vanquished them all with roof-raising anthems such as the album’s title track and the blues-drenched “Jerome.”

The subsequent tour skipped across New Orleans bounce, reggae, funk, blues, house and gospel while the singer-rapper shook and shimmied across the stage with four dancers.

Lizzo’s music connected with a range of listeners by defying barriers of genre, gender and generation. Last week, video surfaced of Congresswomen Ilhan Omar and Ayanna Pressley busting a few dance moves and singing along with Lizzo’s self-empowerment anthem “Truth Hurts” at an event at Culture House, a nonprofit venue in Washington, D.C.

“Truth Hurts,” along with “Good as Hell,” also figured prominently in her exuberant recent performance with her dancers, the Big Grrrls, at the MTV Music Video Awards. It rivaled any on the show in recent years. Above all, it screamed freedom – freedom from expectations, from stereotyping, from limitations, from the culture of “no.”

“Every woman on that stage had a story of either why they shouldn’t have been on that stage or why they didn’t believe they deserved to be on that stage, including myself,” Lizzo said in an Instagram post after the show. “‘Imposter syndrome’ is a privilege to the most marginalized group in America. Not only were we taught to believe we didn’t belong in the spotlight, but when we finally get to a place (of) self-worth the world tries to knock us down. Not this time. The world smiled with us. The world sang us. The world saw our beauty last night. The world saw black women feeling Good As Hell and cheered us on.”