Home Lifestyle Arts & Entertainment Michael Jackson’s Brand is Stronger Than Ever — But What About His... 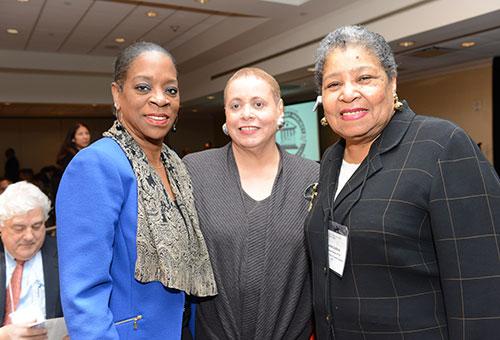 Only Michael Jackson’s eyes can be seen on the large LED screen resting on the floor.

Although it is easy to discern the visage as that of the late superstar, it would take the most ardent follower to recognize the footage from the 1993 broadcast he made denying accusations of sexual molestation and forever sealing his fate as a social pariah.

The video work from New York artist Jordan Wolfson was one of a number of provocative pieces in “Michael Jackson: On the Wall,” a recently opened exhibit at the National Portrait Gallery in London.

“On the Wall” — it runs through October — examines Jackson’s influence via 48 artists exploring his identity, artistry and fame.

“[Jackson] is such an extraordinary figure, such an important figure,” said Nicholas Cullian, director of the National Portrait Gallery and curator of “On the Wall.” “There’s this complexity to him and what he embodies … and we wanted to do a show that added something different to the conversation around him.”

The London exhibit is a collaboration with the Jackson estate, which is in the midst of celebrating Jackson’s birthday this week with multiple projects, including limited edition apparel and a Las Vegas party.

For the estate, it’s as much about honoring what would have been his 60th birthday on Wednesday as it is about reframing the narrative around one of pop music’s most acclaimed, yet tragic, figures as we approach the 10th anniversary of his passing.

Jackson’s estate is especially keen on refocusing the sordid narrative that the pop star couldn’t escape in life by finding new ways to highlight his artistry.

“We’ve done a lot of bid idea projects and things aimed to attract new fans,” said John Branca, co-executor of Jackson’s estate. “Michael was so multifaceted and in trying to manage the brand we want to do things that capture each facet of who he was. But we start by thinking: What would Michael do?”

When Jackson died in 2009 amid rehearsals for an onslaught of comeback shows, the estate had to grapple with the half-billion-dollar debt he left behind before it could focus on maintaining and protecting his legacy and rehabbing a public image that was all but decimated by allegations of crimes against children and wildly eccentric behavior.

More than $2 billion has been earned since Jackson’s death (he’s topped Forbes list of highest-paid dead celebrities for five years running) from a portfolio that includes successful projects such as the “This Is It” concert film and soundtrack, posthumous albums, a video game, Cirque du Soleil shows, a stake in the EMI music-publishing catalog and royalties from the singer’s master recordings and publishing rights.

“In the beginning, we were paying off the debt. We loved the idea of ‘This Is It’ because it would show the real Michael — not the tabloid, parade artist — but we also had to pay the bills,” Branca said in a lounge at his Beverly Park home that’s adorned with a museum-worthy collection of Jackson paraphernalia. (There’s a blank space on one wall where Jackson’s famous dinner jacket once hung. It’s on display in London.)

“Now that we’ve paid off the debt,” Branca continued, “our biggest challenge is trying to make the right decisions.”

The estate has certainly drawn the ire of Jackson’s fervent fan base and even his family over decisions that displease them or that they feel devalue the late superstar’s brand, like 2010’s controversial “Michael,” a collection of unreleased material cobbled from tracks Jackson crafted in his final years that many believe contain tracks sang by an impersonator.

The album infuriates fans to this day. A lawsuit brought by a fan in 2014 against Jackson’s label, Sony Music, among others made headlines recently after multiple sites picked up tweets reporting that Sony conceded during a court hearing that a trio of songs produced were forgeries, as long suspected.

A California appeals court cleared Sony and Jackson’s estate from the suit on Tuesday, the judges concluding that because neither the estate nor the label knew for certain whether the pop star’s vocals were authentic, statements on the album’s cover and promotional material don’t constitute commercial speech and must be protected under the 1st Amendment. The fan’s case against producers is ongoing.

When a musician passes, the unreleased work he or she crafted before dying becomes of paramount interest. And if the artist was as meticulous about craft as Jackson or Prince or David Bowie was, the challenge more often becomes an ethical one of how to release profitable posthumous projects while honoring how the musician might have wanted the music to be heard (or hidden).

Although “Michael” and compilations such as “Immortal” and last year’s Halloween-themed “Scream” were coolly received, 2014’s “Xscape” re-energized excitement over Jackson’s vault.

Then earlier this year Drake used an unreleased Jackson vocal on his latest album, “Scorpion.” The track came from a 1983 session Jackson did with collaborator Paul Anka, who floated the track to a number of artists, including Tyga, before Drake heard the vocal, which was just a demo of the singer doing a quick take.

“Drake was so passionate about it,” Branca said. “It was like how could we not do this one? It fit so well.”

Although the record is a top 10 hit, Sony and the estate aren’t clamoring to milk Jackson’s unheard vocals. A collaboration similar to the Drake feature is unlikely to happen again, they say, and there are no immediate plans for a posthumous album.

However, that’s not to say fans won’t be hearing any “new” music from Jackson soon, as the other co-executor of the estate, John McClain, is reworking a batch of tracks alongside a high-profile producer the estate wants to keep secret for a one-off release.

“We’re constantly scouring the catalog for ideas, but there are no plans at the moment to put any more full-fledged albums out,” said Sony Music Chief Executive Rob Stringer. “We are looking at one-off songs, and in this streaming world that works because it’s a track-based world. There are a few gems out there that we may unearth individually over the next months and years, but we’re also very, very careful to make sure the fan base doesn’t feel like they’ve been asked yet again to buy material they have.”

Jackson’s digital catalog has continued to perform well since his death and shows no signs of fatigue. The week before his birthday, the Recording Industry Assn. of America announced that 21 of Jackson’s songs and three of his albums had earned new gold and platinum certifications.

Themed around Jackson’s love of the frightful and fantastical, “Scream” packaged the singer’s most haunting music for a compilation that along with the 3D conversion of his seminal “Thriller” long-form music video and an animated CBS special aimed to position Jackson as a Halloween perennial.

The compilation’s performance as a curated playlist on music services informed the label’s decision to favor leveraging Jackson’s back catalog digitally over finding shrewd ways to package music for physical releases.

“We are very careful about repacking and extremely cognizant of the fan base that has everything,” Stringer said. “What’s interesting with Michael is that not all artists have managed to bridge the gaps from the physical world to the iTunes world to the streaming world, but with Michael that’s not the case. His streaming numbers are incredible.

“The technology at the moment enables us to do something different and highlight different songs and create concepts that will lead people to a greater understanding of the wider catalog of Michael’s work.”

Much of the Jackson retrospective on display in London is about confronting the ideas that made him one of the most polarizing figures in the history of popular culture.

Work from Andy Warhol, Mark Ryden, David LaChapelle, Kehinde Wiley and KAWS is spread across 14 rooms, exploring Jackson’s complexities and contradictions — his transforming physical appearance, his artistry, his relationship with blackness, his many scandals, media treatment and his paranoia-fueled undoing.

In one room a dozen or so German fans are on video display across a wall of screens singing the “Thriller” album in its entirety, a chorus of disparate voices offering their own version of Jackson’s staccato-like vocal riffs.

In other rooms Wiley depicts him as a majestic king atop an ivory horse; Hank Willis Thomas appropriates an ’80s-era rendering of what a naturally aged Jackson would look like in 2000; and LaChapelle shows the singer as a porcelain-skinned saint.

Cullian got the idea to mount an exhibition over a decade ago, in hopes of encouraging people to reexamine Jackson through a far more sympathetic lens than the entertainer experienced for much of his life.

“Michael means many different things to many different people,” Cullian said. “There are feelings that are very positive and full of admiration. And, of course, there’s also a more tragic side. I think now that we’ve got some historical distance, coming up on the 10th year of his death, we can view him with more detachment and have a much more nuanced, informed and respectful discussion about what he symbolized, what he achieved, what he made possible.

“In a way, the show’s not really about Michael Jackson,” Cullian continued, “but about the way that all of us think and feel about these figures and the way we lionize them; the way we demonize them.”

“Thriller” has been digitally remastered into IMAX 3D for the first time and is set for a limited engagement in September, and the animated Halloween special will air again on CBS this fall in a bid to establish it as a holiday tradition in the vein of Charlie Brown.

A number of unannounced deals that will “shock the world,” according to Branca, are in the works, including a commercial endeavor, but nothing is as ambitious as the upcoming stage musical the estate recently announced.

The as yet untitled show is expected to arrive on Broadway in 2020 with a book by Pulitzer Prize-winner Lynn Nottage (“Ruined,” “Sweat”) and directed and choreographed by Tony Award-winner Christopher Wheeldon.

“We’re aiming much, much higher than your standard jukebox musical,” Branca said. “It’s inspired by the life of Michael, but it’ll be more impressionistic.”

Back in London, a barrage of languages could be heard as people crammed into one room to take in one particular piece. It wasn’t some abstract rendering of Jackson or a mixed media piece that transfixed everyone.

Instead, it was an installation that had footage from Jackson’s 1992 world tour on an endless loop. It was the one place where Jackson could be seen performing in all of his glory — and no one turned away.