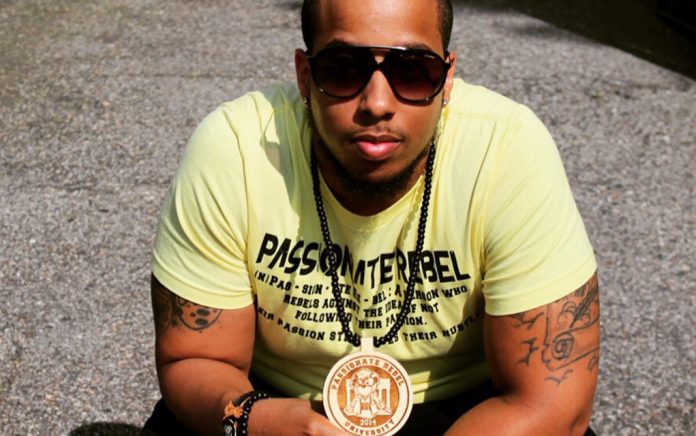 ‘Rebel against not following your passion’ is the motto for entrepreneur Warith EL-Amin Jumu’ah. His company, Passionate Rebel, not only demonstrates a passion for fashion, but a passion for social responsibility. It organizes opportunities for vendors, aspiring entrepreneurs and community leaders, networking events, educational and motivational outreach, and other community initiatives.

“There’s been a number of events that we’ve done in the community as far as giving back to the homeless or doing coat drives, or even catering some of our clothing to a lot of the walks that highlight or try to bring awareness to a lot of illnesses like breast cancer awareness, autism awareness, or even on lupus awareness, and things of that nature,” he told TNJ.com.

Jumu’ah is no stranger to giving back. Prior to launching Passionate Rebel in 2014, he worked as a program monitor, which saw him helping and overseeing inner-city residents between the ages of 14-24 obtain jobs and internships. Some of the partnerships featured the New Jersey mayor’s office, YMCA, the Boys and Girls Club, hair salons, barbershops, etc. In addition to providing work for these young individuals, Jumu’ah was also an ear and supporter for what they hoped to accomplish in their lives.

Then one day he got laid off. He didn’t know anything about starting a business nor designing clothes, nor did he have any outlets to turn to for support to help him get back on his feet. But he was determined and, ultimately, decided to take matters into his own hands—literally. He taught himself how to make clothes and has not looked back since.

“I wasn’t really taught about business or entrepreneurship. I was just always taught the norm of, you know, following the regular path of obtaining a job, that’s how you created your living. When the whole laid off thing happened, I was just going off wanting to survive and being able to provide for myself.”

So he committed to his business on a daily basis. He knew he wanted to start a company that reflected his ideal career and the interests of other people. What better route to take than fashion? Initially, however, Jumu’ah was skeptical about pursuing fashion because he deemed it an over-saturated market. But he shifted his outlook, noticing that this lane was a major way for him to connect with the masses.

For Jumu’ah, fashion runs the world. His designs are rooted in relatability and creating pieces that are purposeful for the individual.

Among his favorite creations is the Passionate Rebel Girl Initiative, which celebrates the various intricacies of women. One of the terms associated with this collection is “stylist” because “women are stylists in their own way and own right, and they do things the way they want to do that separates them from everybody else. They’re queens. They’re people who make plans. They’re people who love hard when it comes to anything they want to do or be, and that’s how you should be as a person because your love is what’s going to get you to your destination.”

What are some of his proudest moments since establishing Passionate Rebel?

The self-made visionary says regularly being invited to speak at various schools and being honored as one of New Jersey’s 30 Under 30 at 27-years-old. The feat is one the now 30-year-old didn’t imagine for himself. Nor did he foresee himself conversing with Spike Lee, who advised Jumu’ah to “keep going.”

The entrepreneur, who calls himself his biggest critic, is only just getting started. He is still applying himself when it comes to mastering the art of design from sewing to picking quality fabric to blogging and updating his website. He also hopes to get an investor to raise Passionate Rebel to an international level, something he learned from watching Lee’s Malcolm X documentary.

Like many in the business world, Jumu’ah is still figuring everything out, though that keeps him motivated, as well as his family.

“My family members, in general, are great supporters, because, one, a lot of them believe business should be in a family because for a lot of us, we want to have our own. So, you know, that’s a great motivator for a lot of my young cousins and my nieces and nephews who are growing up now looking to create their own. They kind of are able to have someone, like me right there who they can reach out to,” he says.

How One Woman is Disrupting the Art World With Her Online...