Home News>Headlines ‘The Oakland We Knew is Not Going to Remain’: Massive Building Boom... 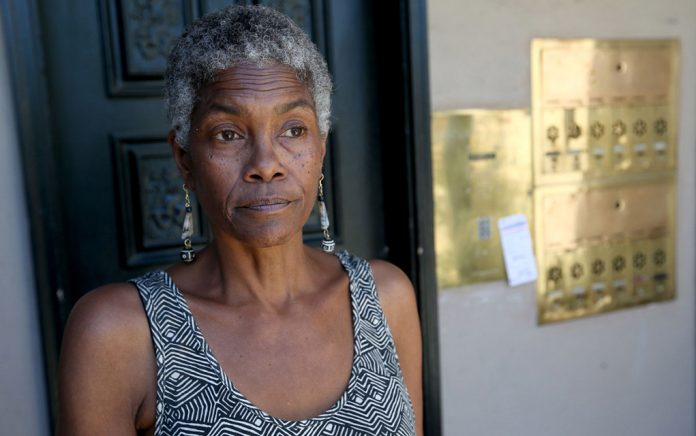 An extraordinary residential building boom is shaking up Oakland, part of a transformation sweeping the Bay Area as market forces and political initiative combine to address the region’s desperate housing crisis.

“The city is being radically reconfigured — the whole Bay Area is,” said urban geography expert and UC Berkeley professor emeritus Richard Walker. “The Oakland we knew is not going to remain.”

The change is particularly stark in Oakland, where developers and investors began clamoring to build after decades of dismissing the city as dangerous and crime-ridden. Oakland has permitted a staggering 9,710 new homes since 2016, more than twice as many as during the prior nine years. But the construction of those new dwellings — creating hip, trendy neighborhoods for newcomers while pricing out old-timers — is exacerbating the divide between the city’s haves and have-nots.

Other cities are struggling with the same tensions.

In East Palo Alto, long thought of as the blue-collar cousin to ritzy Palo Alto, the median sale price of a home has risen 80 percent since 2015, according to Zillow. In parts of downtown San Jose, low-income residents fear the proposed Google campus of 20,000 employees will price them out. And in San Francisco, an influx of tech companies and their workers has helped push rents into the stratosphere, driving some residents to Oakland in search of cheaper housing — which in turn inflates rents in the East Bay city.

Adam Kleinberg, who moved from San Francisco eight years ago in search of cheaper housing, has enjoyed watching his new town change around him.

“The moment I moved here, the nightlife downtown started to take off,” said 47-year-old Kleinberg, who runs an advertising agency in San Francisco and owns a home in the Oakland Hills. “No one goes to the city anymore, because there’s so much going on in Oakland. It’s definitely becoming hipper and cooler.”

The building boom is altering Oakland’s skyline, ushering in a new wave of high-rise apartment buildings. Towers in the works include a 33-story building at Broadway and 17th Street, a 40-story building at 1314 Franklin St., and a 23-story building on Webster Street. Construction crews broke ground in May on the 24-story Skylyne at Temescal tower next to the MacArthur BART station.

Those developers have a big incentive to build — Oakland rents have spiked nearly 25 percent since 2015, according to RentCafe, and home prices have jumped almost 40 percent, according to Zillow. But as projects are completed, supply should go up and prices could come down.

“Over the next three years we’re finally going to see more balance between tenants and landlords, because there’s going to be so much more supply coming online,” said Michael Ghielmetti, president of Signature Development Group and Oakland director of city planning and research association SPUR.

But permitting is just the first step — projects a city approves may not get built right away, or ever, if the developer runs out of funds or faces other delays. To keep pace with the demand in Oakland, developers need to build an average of 2,125 homes a year for the next eight years, according to a 2017 report by the city’s Housing Cabinet. As of July 31, there were 884 homes completed so far this year.

The building boom and resulting gentrification are squeezing the city’s most vulnerable. After living in Oakland his entire life, 54-year-old Marcus Emery recently found himself homeless for the first time. His landlord died about three years ago, Emery said, and the new owner wanted to raise the rent beyond what he could pay. Emery, who already was behind in payments because of admittedly poor financial decisions, was evicted from the house in West Oakland he’d called home for almost two decades.

“It still hurts me when I go by there now,” he said.

After spending time in one of Oakland’s many sprawling homeless encampments, Emery moved into a community of Tuff Sheds the city set up on Northgate Avenue to house the homeless, and is working on finding permanent housing.

In 2016, Oakland Mayor Libby Schaaf promised to build 17,000 new housing units in the next eight years — 28 percent would be subsidized, low-income housing — and preserve another 17,000 existing homes as low-income rentals. So far, Oakland is on track to meet its overall goal, but is falling short in its affordable housing mandate. Of the 6,982 new units under construction as of July 31, less than 6 percent were reserved for low-income residents.

Oakland officials say they have to work harder to find money for affordable housing. In 2011, the state axed redevelopment agencies, depriving Oakland of about $37 million a year in affordable housing funds, said Housing and Community Development Director Michele Byrd.

The city has found new sources of funding — including a real estate fee approved by state legislators last year, affordable housing bonds and an affordable housing impact fee that took effect in Oakland in 2016 — but has yet to come up with a “cash cow” to replace redevelopment agency funds, Byrd said. The city also has expanded its focus to include buying existing buildings and keeping them affordable, working with organizations like Oakland Community Land Trust, in addition to building new units.

Oakland needs affordable housing now perhaps more than ever, as high prices push more families out of their homes and onto the streets. Last year there were 2,761 homeless people counted in Oakland, up more than 25 percent from 2015, according to EveryOne Home’s point-in-time survey.

“I go from a block where there are tents lining the sidewalk, to a block where there are Teslas and Mercedes lining the sidewalk,” said Osha Neumann, a staff attorney with the East Bay Community Law Center. “It’s almost like we’re dividing into two species. And it’s increasingly difficult for people to move from the streets, from the bottom, anywhere up away from there.”

Zane Burton, who moved to Oakland after getting priced out of San Francisco about seven years ago, now worries rent increases will push him out of Oakland, too. As prices go up, Burton, who is African-American, says everyone who looks like him is leaving his Lake Merritt neighborhood.

It’s not just Lake Merritt — Oakland’s black population is shrinking. In 2007, African-American residents made up nearly 33 percent of Oakland’s population, according to census data. By 2016, that had dropped to less than 24 percent.

Burton is determined to stay.

“Lake Merritt is the last frontier,” Burton said. “After Lake Merritt, people of color will have to go out to East Oakland, where there’s fighting, shooting, you can’t let your kid be on the porch. And then it’s just a matter of time before the rent in East Oakland gets high.”

Burton, who gets paid twice a month as a mental health worker, says an entire paycheck goes toward rent every month. Even so, he’s feeling pressure to move out from a landlord he suspects wants to charge more. Burton says his wife recently found an eviction notice taped to their front door, falsely accusing the family of failing to pay the rent. He got the matter cleared up, but it was scary, he said. Now Burton is fighting a $65 rent increase — a relatively small amount that nevertheless would eat into the family’s budget, he said. And if this hike goes through, Burton worries larger increases might not be far behind.

The fast-paced changes also are troubling for some of Oakland’s small business owners.

For Bob Tuck of Atlas Heating and Air Conditioning, whose family has run the business in the same West Oakland building for more than 100 years, watching the blocks around him change is nerve-racking. The area is becoming more residential. Most recently developer oWow, which converts blighted buildings into trendy co-living spaces, bought the abandoned sausage factory on Adeline Street. Tuck worries about pressure from new neighbors who might not appreciate the loud noises, streams of delivery trucks and other disturbances that go along with manufacturing.

“It’s sort of our own version of global warming,” Tuck said. “We’re all going to be flooded by the rising sea of residential development.”

While some people worry their neighborhoods are changing too quickly, others fret the city’s building boom will slow down before it can make a dent in the housing shortage. As construction costs soar, some builders already are hitting the brakes. Three years ago, it cost about $350,000 per unit to build a residential project in downtown Oakland, said real estate developer John Protopappas, president and CEO of Madison Park Financial Corporation. Now it’s closer to $585,000. And impact fees — the amount developers of market-rate units pay toward Oakland’s affordable housing budget — are rising. Developers of multi-family buildings paid $7,000 per downtown unit in 2016, which rose to $13,000 last year and jumped to $24,000 in July.

Meanwhile, though rents are still high, the speed at which they are increasing has slowed. That discrepancy can leave developers struggling to make their buildings profitable.

“We are putting projects on hold,” Protopappas said. “We’re not taking on any additional debt. We’re being very cautious.”

Other developers say they’re doing the same, which could jeopardize the mayor’s goal of 17,000 new units.

That creates more unknowns for Oakland residents who find themselves at the mercy of the housing market, the construction industry, the city’s Planning and Building Department, and other factors outside their control.

Pam Davis, who has lived in Oakland since 1961, is spending her golden years fretting about housing. The 63-year-old rents a one-bedroom apartment near Lake Merritt, and though her unit is rent-controlled, as prices rise around her, she worries that won’t protect her forever.

“I’ve got all this uncertainty here, at a vulnerable time,” Davis said. “It’s saddening, and it makes you a little angry.”

Cost of Employer Health Coverage to Rise 5% in 2019