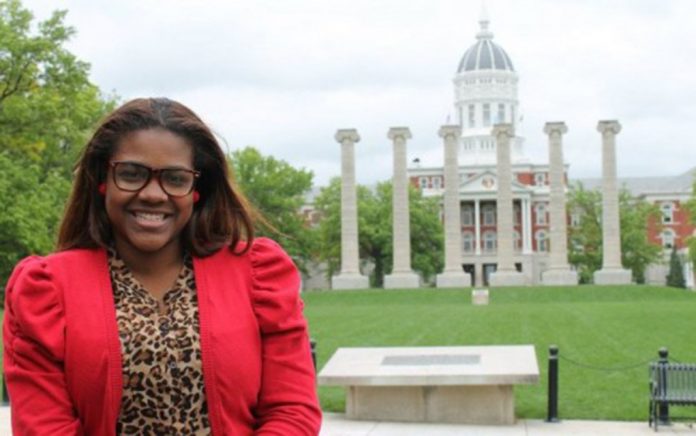 It’s a struggle each month for Khallilah Beecham-Watkins to balance her student loan payment with the expense of supporting a young family.

The 28-year-old education program specialist for a local nonprofit aspires to pay off her own college debt before her infant daughter eventually begins a four-year degree. But with a monthly childcare bill of $750, there’s little extra to put toward her loan payments, and even less to put toward the new home she wants to buy with her husband, who is also repaying student loans.

“I’ve had to put a lot of my dreams on hold,” the South Side resident said.

Beecham-Watkins’ story is consistent with many young women today, who hold nearly two-thirds of the nation’s outstanding student loan debt, according to the American Association of University Women, a nonprofit that researches women’s equity in higher education and the workforce. Many women struggle to repay their student debt, in part because they are often paid less than their male peers. The debt can have a ripple effect on their financial health, effecting their credit and savings, and delaying milestones like purchasing a home and starting a family.

To be sure, men also graduate with college debt. But the debt that women graduate with often proves more damaging long-term, in part because they also shoulder additional expenses, like child care. Some experts — like Ann Logue of the University of Illinois at Chicago — also say women are less likely than men to live at home after graduation. Those added expenses make it difficult for them to pay off the debt, accumulate early savings and find solid financial footing.

“You think of education as the great equalizer, but it’s actually continuing to put women behind,” said Kimberly Churches, CEO of the American Association of University Women.

There are several reasons why student debt plagues women. Chief among them is the pay gap.

Women are also increasingly entering male-dominated fields, such as finance, engineering and computer sciences, where the pay gap is largest. According to Payscale, a company that collects salary and compensation data, women in finance and insurance earn 73 cents for every dollar a male in the same industry earns. According to the U.S. Census Bureau, women overall earn about 80 percent of what men earn. Minority women earn even less.

Ashley Myles, 26, has seen the pay gap firsthand. After graduating from the University of Illinois in 2014 with a masters degree, the Chicago resident now works roughly 60 hours a week in finance as a senior auditor.

“Males I know in this industry in similar jobs, they probably make two to five thousand more than I do annually,” she said, reflecting on how she could use that money to live somewhere nicer and closer to work.

Women have also increasingly enrolled in college programs in recent decades, making them more likely to accrue debt. Women account for 56 percent of enrolled college students versus 44 percent for men, according to the American Association of University Women. As early as the 1970s, that figure was reversed.

There is new focus on holding colleges accountable for the debt that students graduate with. The U.S. Department of Education is pushing to expand to all universities a requirement that they share information with potential students about the debt they may graduate with as well as the earnings potential of the majors they choose. The requirement currently applies only to for-profit universities.

The student debt that women sometimes have trouble paying off can ripple throughout their finances.

Thirty-nine percent of women aged 18 to 34 do not pay their bills on time, subjecting them to late fees or other penalty charges and exacerbating their debt, according to the National Foundation for Credit Counseling.

The same organization also found that 70 percent of men ages 18 to 34 have savings beyond retirement plans, compared with just 56 percent of women the same age.

Consequently, poor financial health among these educated young women can delay the life goals they may have gone to college to attain, such as the ability to purchase a home or car, or even start a family.

According to a 2015 study from Ohio State University, debt like home mortgages, which is accrued as young families establish themselves, is more frequently paid off and represents an investment for the future. Student loan debt, which can be more difficult to pay off because of income fluctuations, often delays when women have children.

In addition, some experts say women with large student loans and late repayments often have bad credit, hindering their ability to receive home mortgages and other future loans. The same goes for those who let student loans default or go delinquent and are restricted from borrowing money again.

Logue, lecturer in finance at the College of Business Administration at UIC, said making debt repayments often comes with sacrifices.

“Having that debt can indeed give people less income for buying a house, even renting a better apartment, or retirement savings,” she said.

“It’s a responsible decision to not buy a car to afford student loans,” she said. “But that’s a decision that has repercussions elsewhere in the economy.”

Beecham-Watkins, the education specialist, often regrets the loans she took out and now helps high school students navigate the college system while educating them on the various options and potential repercussions.

“To put that responsibility on a teenager to know what they want to do for the rest of their life, that’s huge,” she said, adding that her former high school counselors often shunned nonuniversity options, such as community college, which she encourages her students to consider.

“I knew I’d have to repay the loans, but I just didn’t really understand how much of an impact it would have,” she said.

(CLICK HERE for an article about Shared Harvest, a program designed to ease student loan debt.)

Do You Understand Your Loyalty Programs?