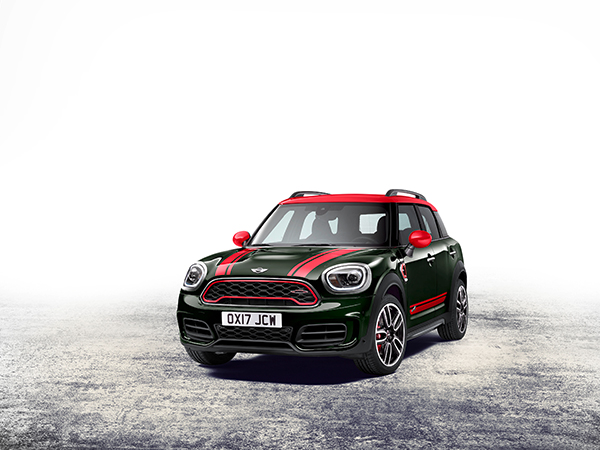 The Mini Cooper Clubman is one feisty little vehicle. It was redesigned in 2016 and returns in 2017 with few changes with the exception of the 2017 Mini John Cooper Works Clubman (JCW). It is named after the racing legend John Cooper, who drove a classic Mini in 1961 and dominated opponents on the racing circuits with less power and more agility.

Considered the subcompact ?Mini of Wagons,? the base model Mini Cooper Clubman is powered by a 1.5 liter turbocharged three-cylinder engine that outputs 134 horsepower and 162 pound-feet of torque. The Clubman S is powered by a 2.0-liter turbo-four engine that generates 189 horsepower and 207 pound-feet of torque. All models include a base six-speed transmission or an optional eight-speed automatic available for the Clubman S models.

I enjoyed the fun-driving experience in the 2017 Mini John Cooper Works Clubman. The base Mini Cooper Clubman was significantly upgraded with enhanced technology and design features. It comes in all-wheel drive, is sports tuned with racer parts, and a turbocharged engine that generates 228 horsepower.

Despite the growing competition in the high-performance compact car segment, the Mini Cooper Clubman out matches the competitors with larger passenger and cargo space, and its agile handling performance. However, it?s also the highest priced subcompact car in its class. the Clubman will cost a few thousand more than the Ford Fiesta, Honda Fit, or the base Mini Cooper.

Fuel economy is also not its one of its strengths. The base model Clubman averages 25 mpg city and 34 highway from the 1.5-liter turbo three cylinder engine with manual transmission. The automatic gets 25 city and 33 highway. Fuel economy for the Clubman S is rated at 23/33 mpg. The all-wheel drive models get 21/30 mpg. The Mini JCW Clubman is estimated at 23/31. That?s $1,000 more in gas than the average vehicle over five years.

The Redesigned 2022 Genesis G80 Gets Sportier