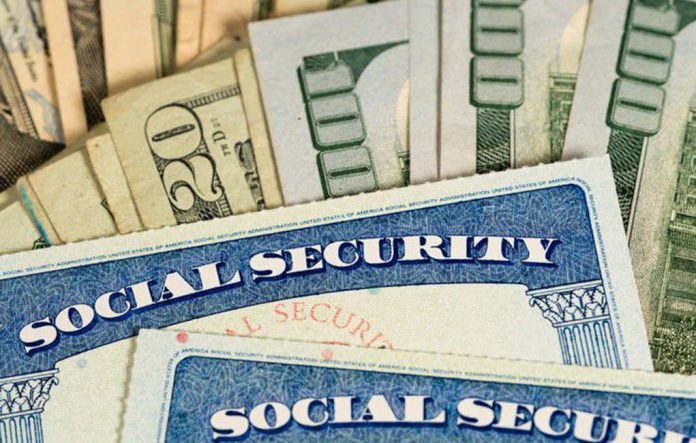 In what has become an annual ritual, retirement expert Teresa Ghilarducci on New Year’s Day counted the 200 or so Americans who effectively paid their entire Social Security tax bills for 2020 before the holiday was over.

That’s because their income is likely to be so high that it took mere hours for them to reach the $137,700 wage cap on the payroll tax in effect for this year.

Ghilarducci’s goal is to underscore how extreme economic inequality has destabilized the earnings base for Social Security, creating concerns about its future solvency. “Lopsided growth in earnings is the main reason behind the system’s shortfall,” she writes.

There are other factors too, including the increase in employer-paid health insurance premiums, which certainly are tantamount to income but aren’t taxed for Social Security or Medicare. (Karen E. Smith and Eric Toder of the Urban Institute cite estimates that taxing premiums would have added more than $700 billion to Social Security’s income between 2012 and 2017, an increase of more than 21%; as a result many workers would end up with higher benefits when they retire.)

Then there’s the exemption for unearned income such as dividends and capital gains. Those items constituted more than half the annual income of wealthy Americans, but aren’t subject to the Social Security tax.

All this is relevant today to the discussion of how to improve Social Security benefits and ensure the system’s fiscal health in the future. As we’ve reported, congressional Republicans have asserted that Social Security and Medicare — “entitlements,” as they cynically label them — are the cause of the federal deficit. This while they congratulate themselves for having enacted a massive tax cut for corporations and the wealthy that is blowing a 10-year hole of more than $1.5 trillion in the federal budget. Is it any wonder that Republicans talk about gutting Social Security benefits “behind closed doors”?

Progressives argue that the best way to shore up Social Security is to raise or remove the tax cap rather than cut benefits. Some also advocate taxing unearned income. They’re right: America’s retirement resources have become so heavily skewed toward high-income households as traditional pensions disappear and working families find it ever more difficult to save for retirement that increasing and expanding Social Security benefits are imperative.

Let’s take a closer look at who pays Social Security taxes and how.

As we mentioned, payroll taxes are levied on wages up to a specified cap that rises with inflation. It will be $137,700 this year. According to the Social Security actuaries, about 95% of all workers will earn less than that ceiling, meaning they’ll see Social Security taxes taken out of their paychecks all year at a rate of 12.4%, split evenly between the worker and the employer. The self-employed pay both halves themselves. No income cap applies to Medicare taxes, which come to another 2.9% combined plus another 0.9% for households with more than $200,000 in income ($250,000 for couples).

According to the Social Security actuaries, out of 167.7 million wage earners, 211 touched more than $50 million in wage, salary or tip income in 2018 (the latest year available). Their average earnings were $95.7 million. They were the top 0.0001%. In 2020 terms, their income would cover the Social Security tax for the year roughly by noon on New Year’s Day. Of course, the tax is taken out of paychecks, so they actually wouldn’t pay the tax until their first pay period.

About 6% of all workers earned enough to reach the tax cap in 2018, when it was $28,400. The percentage will probably be about the same this year.

Once workers’ earnings reach the tax cap, they stop paying Social Security taxes, which translates into a nice little bump in take-home pay. The higher the wage, the earlier in the year that moment comes.

Ghilarducci’s analysis of the payroll tax is something of a parlor game on the theme of “Who Makes Out Like a Bandit?” But it’s instructive nonetheless.

She observes that the highest-paid corporate executives in 2019 were Safra Catz and the late Mark Hurd, co-CEOs of Oracle, who earned $108 million each. At that rate, they would cover their Social Security obligations for this year at a little after noon on New Year’s Day.

The estimate gets even wilder for the ultra rich. Consider Amazon founder Jeff Bezos, whose fortune came to $114 billion in 2019, according to the Forbes ranking of the 400 richest Americans. Little if any of that is probably in W-2 wage income; Amazon says Bezos collected $81,840 in salary in 2018, the most recent year reported, plus another $1.6 million in potentially taxable security arrangements.

But if we estimated Bezos’ income from his wealth at the tax-free interest rate of about 1.9%, he would cover his 2020 Social Security bill by about 12:30 a.m. on New Year’s Day.

One can find endless amusement — or frustration — playing with such numbers. But the lesson is serious. Wage earnings by the top 1% in America have grown further beyond the Social Security tax than policymakers ever expected. As Kathleen Romig of the Center on Budget and Policy Priorities observed in 2016, the cap was last adjusted in 1977 to cover 90% of all earnings, and indexed to inflation. Since then, earnings growth at the top has reduced that ratio to close to 80%. It needs to be readjusted, urgently, because with every year that passes, wealthy taxpayers pay less of their fair share.

Obama to Hill leaders: No litmus tests on abortion