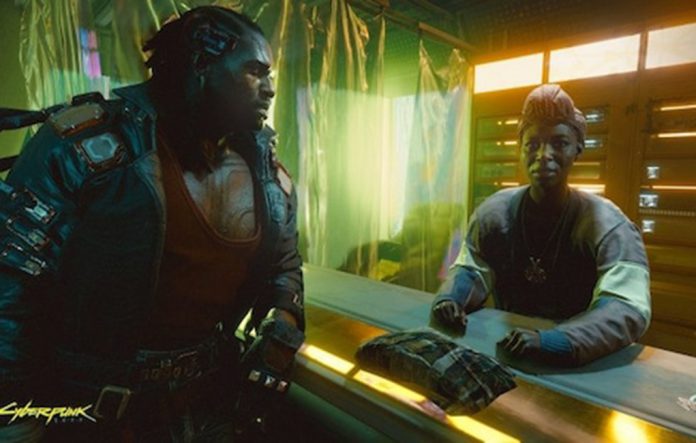 The Electronic Entertainment Expo has never been subtle.

But the event, hosted by the trade group representing the video game industry — the body designed to present the community’s best image to Congress and the public at large — got right to the point this year in its on-site messaging at the Los Angeles Convention Center.

It was even selling the slogan on $20 branded T-shirts — “Hype AF,” for a phrase that is not printable here — with the logo for E3, the Electronic Software Assn.’s most esteemed event of the year.

With a proposed bill in Congress that would severely limit in-game purchases — and with the Federal Trade Commission to look at the ethics surrounding said practices in August — perhaps it’s not the best time to advertise that the biggest video game trade show in North America is all smoke and mirrors.

But the industry knows the E3 audience, and it’s not the 66,000 or so who visited the L.A. Convention Center and L.A. Live over the show’s three-day run that ended Thursday. It’s those watching and playing at home on dedicated game devices such as PCs and consoles, this even at a time when the association’s own data cite the smartphone as the most popular place to play.

Thus, the flash and noise of the E3 show floor is designed to sell rather than to encourage thought. Imagine the internet sprung to life, where a giant militaristic fortress heralding an Avengers game was a head turn away from the “Fortnite” booth, which hosted a quiz show in which players stood behind platforms fashioned to look like llamas — which itself was near a digital corridor that flashed with fictional “wanted” ads from the Nazi-killing game “Wolfenstein: Youngblood.”

E3 is designed to disorient and to get you to click “pre-order” before you come to your senses — or remember that the industry is struggling to navigate many hot-button issues, including the conditions of its own workforce.

But the joy of play can’t be thwarted by massive marketing endeavors and carefully crafted media statements. Below, a look at 10 games that still managed to make a lasting impression amid the cacophony that is E3.

From the studio that published “Never Alone,” a game that introduced players to little-known tales of native Alaskan culture, comes an exploration designed to showcase the intrigue and mystery of our oceans. “Beyond Blue” is being developed in conjunction with the BBC and the researchers behind its “Blue Planet II” series.

Players will command Mirai as she takes a deep dive to learn more about our underwater environments. When playing the game last week, one thing was instantly clear: The oceans in “Beyond Blue” are vibrant and otherworldly. So while the effects of pollution and climate change are the theme, the E-Line team doesn’t want to go on a soapbox, says E-Line executive Steve Zimmerman. “We want people to start thinking about the world beyond what they see,” he says. “We know more about the surface of Mars than we do our oceans.” No release date announced.

Not so much a game as a platform, “Blinks” takes its inspiration from tabletop games, abstract art and decades of digital games. A starter kit ($99) comes with six blinks, little hexagonal blocks that can be pressed or tapped to display an array of colors. When touching, the cubic items interact, and tap commands can be used to bring to life one of six games.

Shown at E3 inside the IndieCade booth was “Mortals,” a strategy game in which players rearrange the shapes to drain the power from those belonging to another player. Or you can probably play alone; it’s calming simply to watch the tiny hexagons display various colors as they try to speak to you via a language of lights. Expected release in late summer or fall.

Battling monsters in your local neighborhood shopping center is just one of the metaphors of this game, which merges hack-and-slash duels with romance. Only here, your potential loved ones also morph into weapons, turning your dates into epic fights. Because love, after all, requires patience to master and could still kill you in the end. That’s the message, right?

“It’s a world that you could — despite the dating of swords thing — image yourself in,” says Kitfox’s Victoria Tran. “We were really tired of dystopian themes, so we wanted an aspirational world to be in, no matter your preferences in dating.”

And if you’re thinking it sounds too silly to feel real, if you’re sick of the whole romantic love thing, there’s also a feline that turns into brass knuckles. Cats, right? No release date announced.

The powerfully cute indie game stars a young woman, Kim, who trains under the tutelage of her grandmother to save her town from turning into a generic corporate playground. Kim is exactly the kind of hero 2019 needs.

The player will navigate chessboard-like rooms to take down robotic and zombie-like minions, all while making her brother clean up the mess. After all, if someone is saving the world, chances are there’s someone with a broom behind her. “Keen,” in development from Brazilian studio Cat Nigiri for most major platforms, is a smile-inducing game with cartoon-like charm. No release date announced.

The third edition of the ghost-infested “Luigi’s Mansion” series will be the first for Nintendo Switch; if early previews are an indication, it makes a strong case that Luigi need not be overshadowed by older sibling Mario. More exploration-based than the “Super Mario Bros.” series, here Luigi’s pals are held hostage in a stacked, funhouse-style hotel, where some floors resemble medieval castles and others forests. Capture ghosts using a vacuum-like device, then hunt for elevator buttons to discover new floors.

Like the best Nintendo games, it’s completely senseless yet somehow totally logical. For instance, players can once again become Gooigi (introduced in the 3DS remake of the original), which is exactly what it sounds like — a Luigi made of goo. Watching Gooigi traverse spikes and break apart as he falls through grates is oddly pleasing, even if players will be wondering what Gooigi is made of and how he’s able to live in and apart from Luigi. Expected release fall/winter 2019.

It’s difficult for contemplative puzzle games to shine amid the mall-like atmosphere of E3, but the William Chyr-led “Manifold Garden” succeeds in distorting any sense of time and place. A bit dreamlike and slightly trippy — Chyr cites the film “Inception” as one of many influences — “Manifold Garden,” announced for home computers and PlayStation 4, has players upending the rules of gravity to navigate a minimalist environment that takes its cues from the byzantine yet mathematical artwork of M.C. Escher.

The game has been in development since 2012, and as production nears the finish line, Chyr and his team have been building out the mysterious world, where falling is sometimes the only way to go up. “Originally, the world was to serve the puzzles,” says Chyr. “In 2015, somebody pointed out that the game has too much manifold, not enough garden.” Expected release fall/winter 2019.

Since the release of “Pokemon Go” in 2016, many have waited for augmented reality to take over gaming. That hasn’t really happened, as few AR attempts have captured people’s imaginations. But that could change this year, with not only “Minecraft Earth” but also Niantic’s follow-up to “Pokemon Go” in “Harry Potter: Wizards Unite.”

“Minecraft Earth” is essentially designed to encourage exploration. Sure, there will be opportunities to go on “Minecraft” adventures and virtually battle skeletons and other creatures out in physical spaces, but if users gravitate to the game, it should be one that fuels creativity by allowing players to integrate their own designs with very real infrastructure. “It harkens back to the way that physical play used to be,” says “Minecraft Earth” art director Brad Shuber, noting that the game was designed from the ground up to see our current environment in a new light. No release date announced.

“Neo Cab” was the most perfect demo I played at E3 this year, a game that is not just designed with the sort of simple choice-based interface that could be grasped by many but also calls attention to the mini emotional mind games that occupy — and wreak havoc on — our day.

Due later this year for home computers and Nintendo Switch, “Neo Cab” dials into the anxieties surrounding our current social and economic climate, imagining a time when the haves and the have-nots are divided among those with jobs and those trapped in the gig-economy lifestyle championed by ride-share services such as Uber and Lyft. The game’s core question: In an app-driven world that’s making our daily life feel like a game, do “likes” and five-star ratings have anything to do with happiness, or are we all slowly making each other miserable? No release date announced.

It’s been a rocky few years for major “Star Wars” video games under Electronic Arts’ control. The launch of “Battlefront II” was marred by what was seen as predatory pay-to-play schemes, and a game from celebrated designer Amy Hennig (“Uncharted”) never made it to market. So expectations are high for local studio Respawn (“Apex Legends”) to deliver a powerful narrative with its third-person adventure game.

Respawn appears to be on the right track with a game set before the events of “A New Hope,” a time when the lightsaber-wielding Jedi are hunted by the evil Empire. Featuring a largely new cast and a deep lightsaber-wielding combat system — yes, it’s incredibly satisfying to reflect blaster fire back to a Stormtrooper — “Fallen Order” has the opportunity to tell a darker story about more personal heroics (there’s no Luke Skywalker here). A 30-minute play-through contained plenty of lightsaber action but also opportunities to use the Force to control the environment. And a tiny petlike droid is adorable, giving the game a bit of the lighthearted levity that any good “Star Wars” work needs. Expected release Nov. 15.

This is the only game on this list that I didn’t get to play, but I include it here for its technological ambitions, which will at worst make it a fascinating curiosity. In a near-future London, one in which increasingly isolationist policies have essentially created two classes — the powerful and the poor — players will attempt to bring about a revolution.

But here’s where it gets interesting: Players will be able to recruit anyone seen in the game to sculpt their own citizen-based army. Creating that many playable characters is no easy feat, especially if they each have their own personalities, as promised. Equally intriguing is that to win someone over, players basically hack into their digital lives and find something they need, adding a theme of technological manipulation to this already political story.

“If someone’s got a sister who’s sick in the hospital, you could go prioritize her medical treatment and she’ll be let out of the hospital and they’ll both like you more,” says Clint Hocking, the game’s creative director. Invasive stalking that leads to cheaper healthcare? Well, no one said the game was plausible. Expected release: March.

They’ve Got Phones, Clipboards and Virus Cases. What Do They Need?...